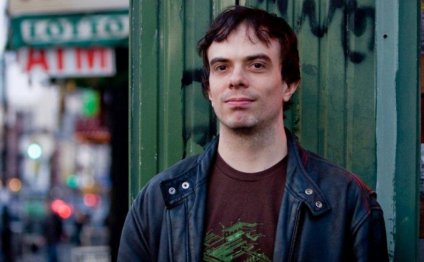 By
In the twentieth century in the United States each succeeding generation embraced its own immensely popular, rhythmically strong and rebellious musical forms which were either danced to or simply listened to for entertainment. At the turn of the century it was Ragtime. Then in the post World War-l period the country entered the Jazz Age and Charlestoned its way through the Roaring Twenties until it was dashed back to reality by the market crash of 1929. The country then groped for a new beat and found it in the music of the Big Bands led at first by Duke Ellington, Fletcher Henderson, Jimmie Lunceford, Glen Gray and Chick Webb and later by Tommy Dorsey, Glenn Miller, Artie Shaw, Woody Herman and, of course, Benny Goodman who's band defined the entire era thus earning him the arguable title of "King of Swing". Following Swing in the late 1940's came Rhythm and Blues, developed mostly by Black musicians for Black audiences but brought to commercial fruition around 1955 as Rock and Roll by Elvis Presley (Black innovation and White commercialization is a recurring theme in twentieth century American popular music). Finally around 1960 the Beatles, followed by thousands of other bands, presented Rock with its seemingly endless variations including acidic, metallic, hard and soft. It became the most enduring musical style of the century and still shows no signs of letting up. After Rock came Rap and Hip Hop.

Each of these musical forms has left a permanent mark on American popular music, especially the sound of the Big Bands which still holds a special place in the hearts of millions of Americans. It was a positive and optimistic music and an inspiration to millions during one of the more difficult periods of American History. It helped guide us through the Great Depression, World War II and the post-war recession. The music was so indelibly etched into American Culture that virtually no person living at the time was not touched in some deep way by it. Swing music was appreciated at many levels. It fulfilled the yearning for a sentimental, romantic escape from the mundane and at the same time was appreciated for its excitement and even as fine art.

What were the origins of this great music and how, when and where did it get so popular? There were of course many dance oriented big bands in the early 1930's even before the term Swing was ever used. We already named Fletcher Henderson, Duke Ellington, Glen Gray and Jimmie Lunceford. Many others in the tough early years of the Depression were laying the groundwork of this new music and even left a legacy of hundreds of recordings. What they had in common were good sidemen and outstanding arrangers, men like Fletcher and Horace Henderson, Don Redman, Sy Oliver, Edgar Sampson, Benny Carter and Jimmy Mundy. They were geniuses at writing swinging charts in which the various sections of the orchestra interacted in highly original Jazz-oriented ways and which left plenty of room for improvised solos. What these bands lacked at that time was the organization, cohesive power and drive needed to divert America's attention from its infatuation with sweet music in the early Depression years.

Now enter Benny Goodman, a successful studio and pit band musician formerly with Ben Pollacks orchestra. At the suggestion of John Hammond, Goodman led a recording group in 1934 with limited success. By 1935 he had a permanent band that was capable of generating considerable excitement and even landed a spot on a late night national radio show called Let's Dance. What separated Goodman's band from the other excellent bands of that year? First, Goodman was a hard driving perfectionist and a leader who demanded long rehearsals and exact musical technique while still allowing soloists room for individual expression. Therefore, his bands didn't only swing like mad; they also possessed clean attack and perfect intonation. Second, again at the suggestion of John Hammond, he had hired Fletcher and Horace Henderson as well as other top arrangers like Edgar Sampson, Jimmy Mundy, and Spud Murphy. The arrangements by these writers, particularly those of Fletcher Henderson, were as essential and indispensable to the Goodman sound as Goodmans clarinet. A strong synergy existed between Henderson and Goodman. Henderson's arrangements, which were far more exciting than any in the Goodman book at the time, sounded fairly lackluster when played by Hendersons own all-star band, but were sparkling gems in Goodman's hands.

There was a third important factor. No big band that hoped to swing could succeed without a great drummer and Goodman had the best, Gene Krupa. I'm not referring to the Krupa who later became an early incarnation of an extroverted Rock star. In 1935-1937 Krupa was instead a hardworking band drummer who was capable of driving a band with great intensity without excessive showmanship. He was the rhythmic "glue" of the band and with his rim shots gave the various sections a cutting edge. He laid down such a solid rhythmic base for soloists that it could support Long Island. No one worked harder than Gene Krupa in making a success of the early Goodman band. In 1937 even Joe Lewis and Joe DiMaggio didn't have more desire than Krupa (note they all HIT something, a sign of the times, I guess)!

Although it enjoyed musical success, commercial success was not yet a reality for the Goodman band in mid 1935. The band had closed a disastrous stand at the Hotel Roosevelt (Guy Lombardo's turf), after receiving their notice on opening night for playing too loud and too fast. Then the Lets Dance radio show lost its sponsor (Nabisco) as a result an extended strike. John Hammond, not one to discourage easily, arranged for the band to take an extended tour through the west. Though the band received limited acceptance at some locations (Pittsburgh, for one!), the tour was a dismal failure. It reached a low point in Denver when Goodman was playing to en empty ballroom while Kay Kyser, featuring Ish-Kabibble and a band that played in novelty hats, was packing them in at a place nearby. Goodman was ready to quit for good but decided to stick it out, somehow hoping things would improve once they crossed the Rockies.

And improve they did, but not till the last stop of the tour. On August 21, 1935 the band reached the Palomar Ballroom in Los Angeles. Being so conditioned at this time, the band opened with some slow numbers but these were met with a very cool reception. Then Gene Krupa yelled to Benny "If we're gonna die lets at least die playing our own thing" and so Benny called for King Porter Stomp. When Bunny Berigan stood up and played the introduction the place exploded in excitement. It seems the west coast crowd was quite familiar with Goodman's "killer-dillers" from hearing them on Benny's Let's Dance broadcast which reached the coast at the prime time of 8 PM, not 11 PM as it was heard in the east. Whatever was the magic, the young crowd came to listen to Swing, to dance and to cheer. The Swing era was born. Thank you, California!

It is important to stress again that Goodman did not create Swing himself. He did, however, present...