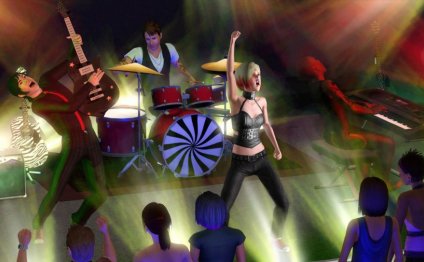 How to form a music Band?

This is the first in a three part series looking at how to form a band. If you’ve decided you don’t want to be a solo act and are instead interested in putting together a professional or semi-professional band with the aim of gigging regularly and making money, this is the guide for you. It’s step by step and easy to follow, you just need to put into practice what you learn.

Potential Risks When Forming A Band

Now I’m guessing some of you will have seen The Commitments – the 1970s film of a fledgling Irish soul band with talent in spades. After a tortuous process, they formed and started gigging. Eventually though, they were torn apart by inside arguments, relationship issues, and ultimately, different aims for the band.

Does this ring true for you? Have you ever played in a band where the keyboard player hated the drummer? Where the bandleader was sleeping with the girl singer and causing ill-feelings all round? Or where someone was creaming off a bit more than the others when it came to pay time?

Perhaps you’re new to bands, and this has all yet to come (or hopefully not). Whatever the case, you can avoid many potential pitfalls and problems by taking the process of creating a band seriously. You really need to plan things from the bottom up, and this is what we’re going to help you with today.

The potential for problems within a band is enormous. By definition, everyone will have a creative or artistic streak, with many others having an ego to boot. It’s not a great recipe for longevity, so as a bandleader, I’d like to share with you some of my experiences. Here’s what I’ve learned on how to put together, market and promote a professional band for the long run. This guide should help you avoid all of the mistakes I’ve made and / or seen along the way.

Creating The Vision And Sound Of The Band

Ok, so let’s make a band! Before anything else, the first step of this process is to work out the look and sound of your group.

Seriously; if you don’t know what you want your band ‘to be’, how can you create it? How are you going to describe yourself when people ask what you do? It’s vital you can tell them, and that the idea of what you are sticks in their minds for future reference.

So, ask yourself a few key questions:

Once you’ve decided on these things, you also need to ask yourself:

The last point is a very important one, you really do need to ‘look’ the part… All of you. It’s important to find a visual match that complements the look of the band. One person that stands out for the wrong reasons will pull focus away from the music, so make sure this isn’t the case.

A good way to handle this problem is to ensure that everyone will be willing to dress in the same style. You don’t have to wear uniformed clothing or anything (Although that is an option), but you should however all match in style.

Do Research On Other Bands

If you’re going to make a band and get your style right, you first need to do some research. Look online at similar bands, and see what they are doing both in terms of looks and music. What do you like? Could you adapt it for your own band? What doesn’t work and why?

During this process, you’ll want to work out a few things. If you’re not already sure, you’ll need to establish what genre of music you’re going to make. If there’s no genre 100% suiting what you want from the band, you could even create a new one. If you do this however, you need to make sure you’re able to explain the sound to other band members so everyone’s clear on what you’re all about.

You should also start to write up some ideas for flyers or posters. You’ll want to imagine how you will be ‘billed’ outside of a venue; what’s going to be your unique selling point (USP)? What’s going to draw people in and want to see you? Always keep this vision in mind, as this is what you’ll have to convey through your music.

Once you’ve found some ideas and have a clear vision of where your band is going, the next step is to think about names. This will help make things clearer still. Try a band name generator online, or come up with some random word pairings. Or something that means something to you.

Once you have the right sounding name, the vision of the look, and the idea of the sound, the next step is to start your search for the ‘right’ people to form your band. This is where you bring it all to life.

How To Find Band Members Online And In Your Area

Okay – so you’ve decided on your sound, and the kind of look you’d like for the band. The next step when forming a band, is to find the actual band members!

As well as getting the right look, don’t forget that personality is vital. You have to share the same vision, future aims and work ethics as any members you bring in. More importantly, you need to establish all of these things right from the beginning. The last thing you want after establishing your band line up, is to find out half of them want to rehearse once a month, but the other half want to practice once a week. It simply won’t work.

So now you know this, where should you actually start looking for band members?

One good one to try is Star Now, no matter where you are in the world. If you’re in the UK, you should also check out Join My Band and Party Sounds as starting points.

Also try notice boards in music shops, music colleges or conservatoires and general shop windows. Even putting an advert in your car window is worth a try. Put announcements on Facebook and Twitter too. Ask around your personal contacts. Go to open mike nights and start networking. Gumtree is also another great place to look and / or place an ad. And if you’re in the Musician’s Union – they have a very useful online noticeboard there too. Then you’ve got the paid advertising route – local papers, musician magazines and more.

How To Start A Band - Form A Band, The Ultimate Guide Part 1

Hard Rock Music : How to Form a Hard Rock Band

The Chicago Staff Band is The Salvation Army s principal concert band of the midwest. Its innovative music and quality performances…