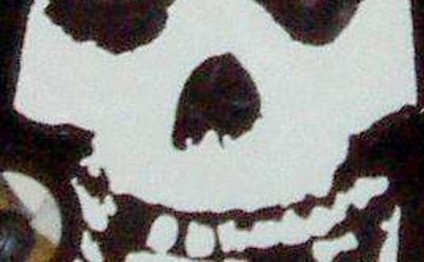 Trying to figure out why Gwar is creepy as hell isn’t rocket science. Look at them! The band is comprised of giant intergalactic monsters that have been banished to planet Earth. They hate humans. The band’s live shows are comprised of jokey horror skits that involve fake blood, guts and the campy mock murder of several pop culture figures. Fans who attend Gwar shows can expect to leave covered in fake blood and have some sore eardrums.

Rob Zombie is the godfather of using horror in both his music and imagery. He’s done it for years in both his old band White Zombie and his solo career. Zombie is a horror film buff. He dresses like a corpse, sings about the macabre and has transitioned his love of blood and guts into becoming a horror movie director. He’s an OG music monster.

Lordi is basically the Finnish version of Gwar, only these monsters aren’t from a different planet…they’re from Finland. But they’re still spooky and Gnarly. Lordi are hard rockers, and their leader singer Mr. Lordi designs all of their creepy imagery. Despite being spooky heavy metal monsters, the band still managed to win the Eurovision Song Contest in 2006.

Denmark’s Mercyful Fate are no more, but boy were they a spooky bunch. Especially their creepy make-up faced lead singer King Diamond. Mercyful Fate were a notorious black metal band that screamed about satan and the occult, and seemed like a bunch of guys you don’t want to hang out with unless you really love sacrificing sheep.

Although he’s old now and we’ve all become desensitized to his antics, Marilyn Manson was the scariest dude in music in the 90’s and early 2000’s. From his goth make-up, to his freaky music videos, to his graphic and scary live shows, Manson was the king of horror in music. Everyday was Halloween when it came to Marilyn Manson

There never would have been a Marilyn Manson if it weren’t for Alice Cooper. Cooper was one of the original horror rockers in the 70s, with his famous black make-up. Cooper had his nightmare inspired live shows that featured snakes, monsters and fake decapitations and his spooky videos that were inspired by scary movies. Cooper is a classic when it comes to mixing horror and rock.

Swedish shock-rockers Ghost BC are some seriously creepy dudes. At least in terms of their look. The six-piece band is comprised of the satanic skeletal priest Papa Emeritus II along with five faceless cloaked druids called “The Faceless Ghouls.” No one knows their true names or identities publicly, and their live show is spookily memorable to watch. They actually make some pretty darn catchy metal, too.

Norwegian black metal is some scary stuff. Gorgoroth is a Norwegian black metal band that is still going strong. Their make-up is scary. Their imagery is creepy. Their pyro is intense. They warship Satan according to their music. And their live shows have featured gallons of sheep’s blood, decapitated sheep heads and women being crucified.

Slayer may not dress up in make up or put on a lot of physically scary theatrics, but don’t be fooled. This band and their image are scary as hell. Due to the graphic nature of their music that touches on serial killers and religious beliefs, the band has been called Satan worshipers, white supremacists and Nazi sympathizers. Yikes. Their heavy sound is also pretty damn intimidating.

If you had to handpick an artist who could very well be a real life witch, creepy California folk singer Chelsea Wolfe fits the bill. Although Wolfe has a heavenly voice, her brand of folk is dark and inspired by themes from black metal and goth. Her music and image are both very eerie.

Much like Slayer, Black Sabbath didn’t dress up like monsters, skeletons or freaks, but they were one of the first bands to write satanic, horror and occult metal tunes that Lucifer himself would have loved. Black Sabbath was also the band that birthed the Prince of Darkness himself, Ozzy Osbourne. They were highly influential for horror in music.

Is there anything scarier than an evil clown? Yes, a pair of evil clowns. ICP are the original juggalos, a couple of murderous Detroit clowns that have made a living mixing horror movie themes with hip hop. The duo have earned a huge cult fan base and continue to please their spooky juggalo following.

It’s the mystery of Swedish brother and sister duo Karin Dreijer Andersson and Olof Dreijer, better known as the Knife, that make them strange and very creepy. The duo usually perform or get photographed wearing masks, their live shows are dark and eerie, and their music is both eccentric and weird. After years of on again off again music making, very little is known about the siblings.

Of course Eminem doesn’t seem all that spooky anymore, but in his early Slim Shady days, he was a chainsaw swinging, hockey mask wearing lunatic with a plethora of murderous lyrics that could be the script for a pretty violent horror movie. The Slim Shady character was dangerous and scary.

England’s Bauhaus was the original spooky goth band. Formed in the late 70s, they were they first band to use dark, gloomy, gothic imagery as their signature. They also wrote “Bela Lugosi’s Dead, ” which is reason enough to dub them as one of the creepiest bands of all time.

Ok let’s be honest. There’s really nothing that creepy about Paul Stanley and Gene Simons at this point. They’re money hungry old guys in tights and make-up. But at one point The Demon was a spooky figure with his wild hair, long tongue dripping blood and spraying fire. And if you were in the 70’s and saw the band for the first time, it would be pretty damn startling. If nothing else, it’s pretty creepy that KISS is still able to make a bunch of money and tour based on how crappy they are at playing their instruments.