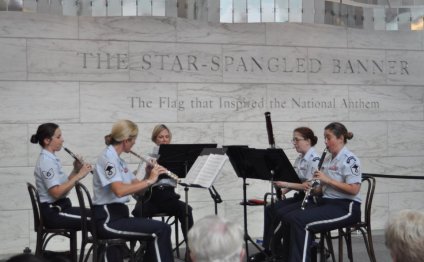 The Chamber Concert Band (CCB) is one of the premier concert bands at Valparaiso University.

The group’s repertoire includes the finest in concert band music, with a special focus on original band compositions.

Membership is by audition and students of all majors are encouraged to participate. Each person in the Chamber Concert band is considered an integral member. Although a principal player is named for each section, band members rotate parts so that everyone plays both melody and harmony parts during each performance.

The Chamber Concert Band is one of Valpo’s touring ensembles. Outreach performances have included schools, churches and community events throughout the United States, Canada, and the Mediterranean archipelago of Malta. Recent honors have included performances — with the Chorale and Symphony Orchestra — in Cleveland’s historic Severance Hall and multiple appearances in Orchestra Hall at Symphony Center, Chicago. Other domestic performances have taken place as far away as California, Colorado, and Nevada.

The Chamber Concert Band recording project seeks to create and disseminate artistic recordings of the finest in concert band literature. When possible, major works are recorded under the supervision of the composer, so that the interpretation accurately reflects the composer’s intentions. CCB’s debut CD, “and they gathered on Mount Carmel, ” contains the first professional recording of that major new work by Jesse Ayers and received rave reviews from leaders in the concert band profession throughout the country. The second and third CDs, One Nation and Yankee Doodling, were produced in 2002. In the spring of 2006, CCB’s fourth CD, a live concert in the authentic style of John Philip Sousa and his band, “Spirit of the March King, ” was released. These recordings are available for purchase in the Valparaiso University Center for the Arts online store.

EXPAND Pepper knows a thing or two about whiteboy reggae. Who doesn’t love a little bit of reggae to end the summer? Although…