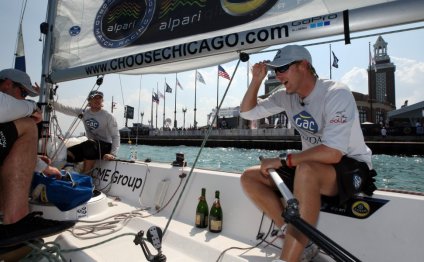 I'm here to talk about video games. Not the Lana Del Rey song but actual video games; or, more specifically, the music that soundtracks them. There has long been artistic credibility in creating scores for games, and with revenues outstripping those of films it's a tempting prospect for musicians looking to make lucrative synch deals.

In 2010 Joris de Man – not a big name in the charts perhaps, but one at the forefront of games music – became the first composer to win the Ivor Novello award for a video game score. Yet recently these soundtracks seem to have stepped up a gear. More recognisable names are now starting to create original music for games. Last year's Portal 2 saw the National write the sublime Exile Vilify for it. The third instalment of Max Payne, currently at No 1 in the UK gaming charts, has seen noiseniks Health working on the soundtrack with Rockstar Games.

Explaining the band's decision, singer Jake Duzsik said: "Video games are redefining entertainment and, whether people like it or not, they are becoming as culturally relevant as films." He might well have a point. Health's brand of dystopian noise fits perfectly with the darkly menacing game.

Game-composing luminaries include Sam Hulick, lauded for his work on Mass Effect, and Sascha Dikiciyan, who has scored music for games including Quake 2 and 3. More will soon join the fray. Massive Attack producer Neil Davidge has made a lavish score for the eagerly awaited Halo 4, featuring a group of female Bulgarian vocalists and a 50-piece orchestra.

Even Paul McCartney is apparently working on one, saying it's easier to make money through games than albums. "These days a new computer game sells much better than a CD. And you reach an entirely different target group." (His favourite game is apparently Pilotwings on the SNES – he also praised the game's composer Soyo Oka.)

Films and games are becoming increasingly similar as more money is spent on scripts, while cut-scenes are becoming more "film-like" in production values. A soundtrack that helps them to create the right atmosphere is becoming ever more important. And just as with films, the challenge for musicians is to write music that reflects and responds to the different roles and scenes that unfold.

Now Macca has given game soundtracks two thumbs up, who else could we see getting involved in future? Sunn O))) creating a horror game soundtrack? Malcolm Middleton soundtracking the domestic drudgery of Sims? Or maybe something like this that, in the last week, has had nearly a quarter of a million hits.

Between green screens and computer-generated graphics, Hollywood has a treasure trove of tools at its disposal to create…

Gaither Vocal Band is in entirety and exclusivity on Jukebox ! Yes, find his/her most watched and most searched music videos…