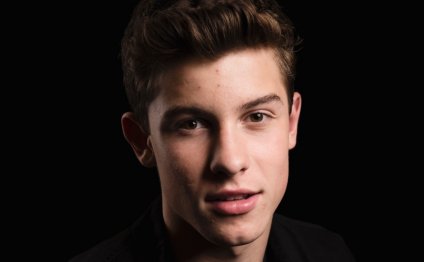 Nathanial Kenner, Rashad Dillon, Josh Brown and Lawjahn Johnson didn't know a clip of them dancing would make it into a music video for one of the most famous and provocative music stars until they were lining up to march in the NOMTOC parade Saturday (Feb. 6).

"They found out yesterday when they saw the video, " said Edna Karr Marching Band leader Chris Herrero. "They were excited, running around. One of them ran around the parking lot."

Herrero had only seen the video once before talking about his band's involvement because the Mardi Gras parading schedule has the band so busy — they'll march in Bacchus and Orpheus before the season is over — but he said he was honored to see his students in it.

The band was originally filmed for a documentary on New Orleans dance, Herrero said, but Beyonce's team used a clip of it for her music video.

"It's a nice video, and I definitely thank Beyonce for showcasing one of the greatest cities in the world, " he said.

The video is just another project that's spotlighted the Karr band in recent months. The band was photographed for ESPN The Magazine's Hurricane Katrina 10th anniversary issue, and they only recently returned from London, where they spent a week and marched in that city's New Year's Day Parade.

"The Beyonce video is — wow, " said Edna Karr Principal Harold Clay. "We were wowed. I always have to take into account the exposure and what it entails for the kids, but to have a world renowned superstar wanting and really investigating what band she really wants in a video — a lot of people didn't make the cut. Our drum majors and our band as a whole are really in sync, and it gives the flavor of New Orleans."

The video itself tackles big issues, but Clay and Herrero said they didn't know what the song sounded like or what the video would show before Beyonce's video was released.

Clay said he's pleased to have the opportunity to talk about those things with the students.

"We are not just a school that is so rigid where we're just focusing on the core education — reading, math, science and social studies — but we are civically engaged, socially engaged with what's going on around the world. To have a video that absolutely expresses that black lives do matter, that the murder rate is ridiculous and we're tired of being targeted, that we're 10 years later but Katrina is still real for most folks in New Orleans who have been here ... it's a teachable moment, " Clay said.

"Change only comes when you see a real movement with youth, not adults, because they'll be here tomorrow, " he continued. "They'll be here pushing, asking for laws to change. They'll truly be the movers and the shakers to ensure our society is one that is safe, that has equity and has compassion for all."