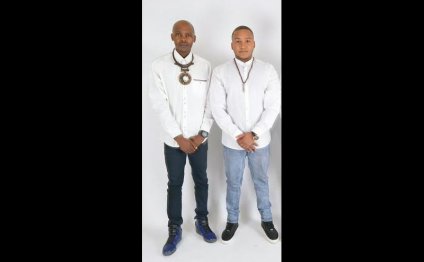 Fast forward a quarter of a century and the phrase ‘Deep House’ has become to mean something completely different from it’s first incarnation during the halcyonic days of house. It’s hard to move in the overpopulated market of all things ‘deep’ these days, but in amongst the monotony of the same old R&B samples and generic preset bass lines were a number of artists that really tickled our fancy. Here are the REAL deep house producers that we believe have been keeping it deep, down and dirty so far in 2015.

Steve Mill’s productions have been proving ever more popular with discerning DJs in 2015. His remixes are pretty tasty too, as demonstrated earlier this year on his interpretation of Joey Negro’s classic ‘Do What You Feel’. ‘Born to Do This’, his third release for the ever reliable Large Music, features a simple driving hook over tight percussion and is a master class in taut, precision moulded grooves.

More quality dance floor fillers from Sebb Aston, this time under his Sebb Junior alias. In 2015, Sebb released on Madhouse, Large Music and Salted, as well as his own Frigo Vide label. Adding to an already impressive discography, ‘Don’t be Afraid of the Underground’ by G Spice and Nick Bumbaris is a great deep track with a moody male vocal and Sebb’s old school hardware remix is a real stand out for 2015.

Manchester duo Studioheist serve up a peach of a track in the shape of ‘Greene St’; 6 minutes and 43 seconds of house chords and percussion that could be from Detroit, Chicago, Manchester or Macclesfield! It’s the follow up to their super funky ‘Let Me Show You The Way’ EP, their third release for i! Records and features the same unique Mancunian take on the classic US house sound.

German cool housers Florian Vietz and Andreas Höpfl, better known as Coeo, came up with the storming ‘Native Riddim’ for Toytonics at the end of 2014. Since then, they’ve had an impressive year so far with releases on Gomma, Puro and Exotic Refreshment. DJ support has come from the likes of Todd Edwards, Jimpster and Laurent Garner, whilst ‘Native Riddim’ was on high rotation for Kevin Saunderson, DJ Spen and Giom.

The seemingly unstoppable Detroit Swindle have already released music this year on some of the most well-respected labels including Strictly Rhythm, Defected, Freerange and Soul Heaven. ‘Figure of Speech’ was supported by the deep house crew, both old and new. with plays from Danny Krivit, Shur-I-Kan, Fred Everything and Jimpster . Whilst the 3 track ‘Punch Drunk’ EP got plays from Purple Disco Machine, Jimpster and DJ Sneak.

Picking up plays from Atjazz, Fish Go Deep and Osunlade, the sophisticated Balearica of ‘Eminescence’ comes from the multi talented Vince Watson, whose background includes running well respected techno imprint Bio Music. Releasing tracks by the likes of Funk D’Void and Paul Woolford, Vince has also been producing his own music for Bedrock and Pokerflat and had releases this year on Glasgow Underground, Defected and Osunlade’s Yoruba.

This year, Steve Bug, Fred Everything and Fish Go Deep all played ‘I Can Be’ from Nils Penner (Compost Black Label, Wazi Wazi, Plastic City). The latest in a line of impressive releases and remixes from Nils that have ranged from tech and deep house to nu-disco. The ‘I Can Be’ 3 track EP was released on Jimpter’s Freerange label at the start of the year and also featured a superb Pittsburgh Track Authority Remix.

Ludovic Llorca / Art of Tones has never failed to surprise and delight in his 10-year production career and his latest release, ‘The Rainbow Song’, is no different. Quality house music from the ever reliable Local Talk, one of those super dope tunes you heard coming out of festival tents all summer long and also now comes with a bumper S3A (Max Fader) remix to finish off the package nicely.

Another great soulful release from hard-to-pronounce-easy-to-dance-to HNNY (Swedish producer Johan Cederberg), ‘Caypio’ follows on from a string of successful tracks and remixes for labels like Soul Heaven, Lets Play House, Local Talk, Ajuandeep and his faithful homage to 90s house, ‘HNNY Edits’, really made him stand out from the crowd in 2015.

Their first release as Fouk, on their new label Outplay was met with critical acclaim with brilliant reactions to ‘Stuff Your Dad Liked’ and ‘Cat Lady’. Following swiftly on, they produced a formidable remix for Lay-Far on the Swedish Local Talk Records.

German producer André Hommen has been having a great 2015 with a steady stream of releases on Systematic, Poker Flat and Noir Music. His track ‘Introspectral’ was a real stand out musical moment this year for a DJ who has picked up gigs as far afield as London, Singapore and Colombia in 2015.

German Wunder-label Toy Tonics serves up the deep dance floor goods again with the tough, no nonsense stomper ‘No Questions’ from Black Loops. Part techno, part deepness, part skippy beats; all good! Black Loops are a pair of Italian producers/musicians with previous releases on Exposure Music and Gruuv, who have nailed their own very personal take on deep house music in 2015.

Following the success of tracks on Heist Recordings, Secret Wheels and What People Play, Frits Wentink released his genre leaping box of delights debut album ‘Rarely Pure, Never Simple’ on WOLF Music. Stand out track ‘Everybody Knows’ has been picking up compliments from the classier end of the deep house DJ spectrum and there’s a release lined up from Frits on 20/20 coming very soon too.

Wolf + Lamb have been killing it in 2015. The American DJ duo have had releases on Soul Clap, Hommage and Modern Revival, though their stand out moment for us is going to be their new track which comes out on 7th Sept; ‘After We’re Gone’ on Strictly Rhythm. Check out the ‘Higher Power Dub’; a beautifully crafted slice of deep house goodness that can rub shoulders with any other release in the genre for 2015.

South African house music originated from Pretoria in the early 90’s and spread to the capital city. It spread quickly and…