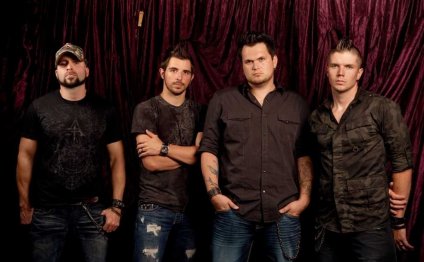 If you’re a fan of Relient K, Jennifer Knapp, GRITS, Sonicflood or The Katinas, then you owe Out of Eden more than a simple "thank you" card. Each of these artists were catapulted to success by Toby McKeehan’s own Gotee Records—the label he launched solely to promote Out of Eden’s music. And if you enjoy hearing the hip-hop savvy pop of artists such as Stacie Orrico, Mary Mary and ZOEgirl on Christian radio, then get in the growing line of gratitude—Out of Eden paved the way.

"I applaud these girls and respect the focus and courage it takes to do what they do every day—to be a black female group in the contemporary Christian music industry, " says McKeehan (a.k.a. tobyMac). "They have been troopers, warriors and visionaries in a market that is not set up for them. They are underestimated and under-credited for being pioneers of urban pop music in the Christian music marketplace, and I think I can say that louder than anyone because I’ve walked with them from the beginning."

The three sisters, who comprise Out of Eden, are rare breeds, both personally and professionally. Though each is in her early to mid-20s, they are already industry veterans with a long career still ahead of them. While they each share characteristics such as kindheartedness, a friendly personality and clever wit, Lisa, Andrea and Danielle are definitely distinct. The eldest of the three, Lisa is the musical leader of the group, responsible for penning most of Out of Eden’s songs and often coming up with arrangements and involving herself in the production side of recording. Well-spoken and expressive, she is looked up to by her sisters but eagerly shares the spotlight with them. Andrea, the middle sister, is both thoughtful and insightful. The only married sister, she appears a source of quiet stability for Lisa and Danielle. And the youngest of the family, Danielle, with her tall, thin frame perfect for the stylish clothes she wears, has a huge drive for the ministry of Out of Eden.

Despite Out of Eden’s unusual success—more than a million in career album sales (worldwide), 11 top 10 radio singles, numerous Dove Award nominations and tour dates with artists as diverse as Destiny’s Child and Point of Grace—the trio has a history of perseverance in the face of dismissive stereotypes and industry passivity. Considering the girls’ break into a market that didn’t know what to do with female African-American R&B artists to obtaining mass commercial success, the industry honors lagged far behind. (Just this past year Out of Eden won its first Dove Award.).

"It’s funny how you can start out with no expectations whatsoever, and then, as things begin to happen, you slowly find yourself thinking you deserve everything, " Lisa says. "I think we would get a little frustrated at times because we’d see other artists come out with all kinds of success, while we were still struggling. We had to really go back to our roots and realize why we had decided to do this in the first place. When we first started, we just wanted to be used by God. We didn’t care about anything else. But I think we had to go through that time of being prideful and having our ‘pity parties’ in order for God to remind us that the only reason we’re doing this is because of our love for Him and our love for people."

"There was a time when I was just about ready to give it all up, " Danielle adds. "In some ways, for me, we hadn’t gotten certain things that others had gotten, and I felt I was sacrificing too much. I’d think, ‘OK, God. Surely, You don’t want me to suffer anymore.’ But that’s when we began to change our focus and change our hearts. We started pouring [our lives] into the lives of young girls here in Nashville and started getting really involved in ministries other than our own. All of a sudden God started to open our eyes and show us that we’d been focusing too much on the industry side of our career instead of the ministry. He showed us that He has so much more for us to do, and we’re at the point where we want to say to Him, ‘Whatever you need to do, do it in us.’"

Popular Christian Artist Vows to Worship God If Blessed or ...

Amy Grant, who has also been known as The Queen of Christian Pop was born in 1960 in Augusta, Georgia and grew up in Nashville…

Contemporary Christian bands don t always sing about their faith, but they do have Christian themes in their music. This…