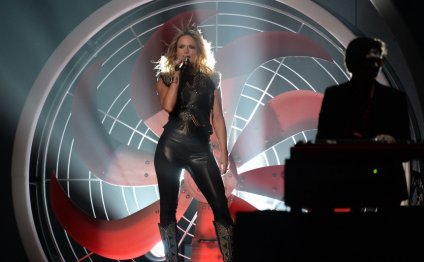 St. Patrick’s Day is upon us, and even if you’re not an environmentalist, going green is proper. As you get prepared for this year’s festivities, why not peruse through a list of the best Irish bands in rock history?

Just in case you didn’t know, St. Patrick was actually born in Scotland. Not Ireland. Therefore, some inclusions will not be indigenous of The Emerald Isle.

The Celtic rockers from Boston are beloved amongst the punk community; even before slipping into mainstream notoriety by landing on The Departed soundtrack with “I’m Shipping Up to Boston.” Since 1996, the Dropkick Murphy’s have released seven quality albums, and celebrate every St. Patrick’s Day with live performances.

Even though lead singer Dave King is a Dublin native, Flogging Molly accrued the majority of their following performing weekly shows at the Los Angeles pub Molly Malone’s. Who says house bands can’t make it to the big time?

The venerable Irish-folk band is without question the quietest band on the list, but what The Dubliners lack in edge they make up in durability. Having just celebrated their 50th anniversary (under several different lineups), The Dubliners are entrenched as luminaries in European folk music.

“Whiskey in the Jar”
*
6. The Cranberries

A hallmark of 90’s pop-rock, The Cranberries are one of the rare Irish bands to make an auspicious run on US music charts with singles like “Zombie, ” “Linger, ” and “Ode to My Family.” After a six-year hiatus, Dolores O’Riordan and her band mates returned this past February with their sixth studio album Roses.

For a band who derives its name from an 80’s slasher flick and their decibel-defying concerts, My Bloody Valentine’s “shoegazing” look and reclusive nature makes for a fascinating juxtaposition. While the denizens of Dublin have only dropped two full-length albums, their unprecedented aesthetic and sound have produced a dedicated cult following.

One of the most well-rounded and respected Irish musicians who you’ve probably never heard of. Jimi Hendrix once proclaimed Gallagher as the best guitar player in the world, and similar to rock gods Led Zeppelin, sold millions of albums without releasing a single.

Featuring the mercurial and drink-heavy lead singer Shane McGowan, The Pogues used Irish folk instruments and coerced them behind a frenetic punk swag. Like most of the bands on this list, The Pogues split up several years ago before reuniting for live performances. However unlikely, the London-based band wrote what is considered a Christmastime classic in “Fairytale of New York.”

“Van the Man” is the kind of artist that reaches the soul. A proponent of the impromptu style of jazz music, Van Morrison is rarefied act who consistently changes the structure of his songs in a live setting. An inductee of the 1993 Rock and Roll Hall of Fame, Van Morrison has won six Grammys and is responsible for the timeless single “Brown Eyed Girl.”

Could you have expected anyone else?

Responsible for several critically acclaimed albums (War, Joshua Tree, Achtung Baby), 22 Grammy awards, and an unparalleled philanthropic creed, U2 is the preeminent Irish rock band. In fact, U2’s unyielding relevance has made them a hot target for parody. Regardless, U2’s success is no joke, and they don’t seem to be tiring out any time soon.

Julien Doré is a French singer and song-writer, actor, and winner of the fifth season of the television show Nouvelle Star…