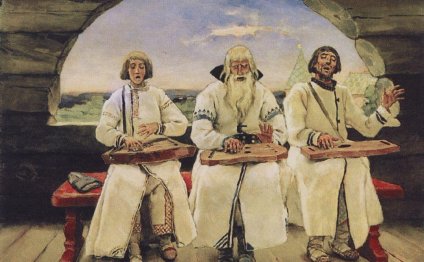 Is just like MTV everywhere else - except that it plays some Russian stuff too. They also have a program called "Русская 10-тка" (Russian 10) devoted to the best Russian-language pop currently on the market. Once a month, SRAS provides a snapshot of what's at the top five of that chart, with YouTube videos and additional commentary taken from the Russian Popular Music page of our Library.

The daughter of a musician, Nyusha says she always knew that she would dedicate her life to music. She first entered a recording studio at 5, wrote her first song - in English! - at 8, and in Russian – at 12 years old. At 17 Nyusha became a finalist of "СТС зажигает суперзвезду" project (a Russian version of American Idol). The following year she gained popularity with and awards for her first single "Вою на луну" (Howling at the Moon). Her second single "Не перебивай" (Do Not Interrupt) put her in the top positions of music charts, and the newest hit "Выбирать чудо" (To Choose a Miracle) became a title song for her first album that came out in late 2010.

Gradusy formed in 2008 when friends and roommates Roman Pashkov and Ruslan Tagiev (both singers) joined up with bassist Dmitry Bakhtinov and drummer Viktor Golovanov. The group had only rehearsed together for a month and a half before they began playing concerts. Their first hit "Rezhisyor" ("Director") began getting heavy rotation on popular Russian radio stations in fall 2009 and they shot their first music video for the same song in November 2009.

Kasta is a group of young rappers originally from Rostov-na-Donu. Having developed a small, local following, they landed a place in the festival "Rap Music 99" and eventually were signed to Respect Productions by producer Arkadiya Slutskovskogo. In 2002, the group achieved super-stardom when "Горячее время" was featured on the big-budget Russian action flick AntiKiller. The next year they were nominated "Best Russian Band" at the MTV Europe Music Awards.

Timati is of Jewish and Tatar descent and was born in Moscow. He is a well-known Russian rapper who has also began gaining recent popularity in the west thanks to collaborations with such artists as Snoop Dogg, Xzibit, and Busta Rhymes on his latest album, "The Boss." He raps in both English and Russian and is also the CEO of his own record label, Black Star, Inc.

Basta, whose real name is Vasili Vakulenko, hails from Rostov-na-Donu and is one of Russia's most popular rap artists, as well as one of the first after he appeared on the scene in 1998. After high school, he studied at a music school for one year and was on his way to becoming an orchestra conductor. Although he loved music, he decided that his real passion was not in conducting, but rather in writing rap lyrics and listening to hip-hop. His first big hit "Maya Igra" ("My Game") came in 1998 when he was just 18 years old, and he has been a successful rapper ever since.