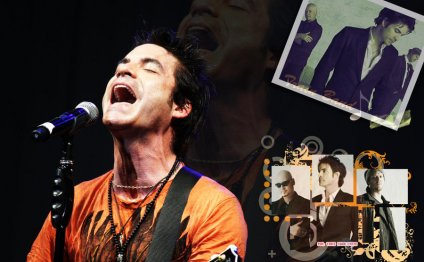 Train is a rock band formed in San Francisco back in 1993. The group scored a hit when their debut (and self-titled) album hit in 1998. The band’s sound has evolved significantly over the past two decades, from groovy alt-rock to country collaborations (“Bruises”) to outright pop and dance tunes.

Train’s career has been described as more of a “slow burn” success story, with no single album standing significantly above the rest. They’ve demonstrated a remarkable ability to release a hit album, then disappear for a couple of years, and then come back and do it all again. All but one of their seven studio albums have produced at least a single, sizable hit song.

The band continues to travel all over the world and released an album in mid-2014 called Bulletproof Picasso. Selecting only 10 songs for a “top 10” list of the band’s music is no easy task. Songs like “If It’s Love” and “She’s on Fire” were among those that almost made our countdown.

A fun summer anthem from 2012 featuring electric guitars and mariachi brass. The tongue-in-cheek lyrics deal with lies you could tell to cover up the fact that a girl broke up with you. Look for an extended cameo by David Hasselhoff in this music video.

Released in 2003, this song was a Top 10 hit in the United States and reached number 1 on several radio airplay charts. “I need a sign to let me know you're here / All of these lines are being crossed over the atmosphere.”

This soaring love song from 2004 reminds us to appreciate what we have: “Cause when I look to the sky something tells me you're here with me / And you make everything alright.”

This 2011 song was the fifth and final single from Train’s album of the same name. It contains numerous references to the band’s native Bay Area neighborhoods and landmarks.

The lyrics to this song were reportedly inspired by Pat Monahan’s then-recent divorce. “Cab” was a top 10 hit on the Adult Pop chart back in 2005.

A massive international sensation, “Drive By” has more than 100 million views on YouTube and hit the Top 10 charts in 13 countries during 2012.

The band’s first charting single in five years turned out to be their most commercially successful of all time in 2009. “Hey, Soul Sister” was featured in countless movies, television programs and commercials and reached number 1 in the United States.

The fun and funky single that launched Train into mainstream stardom back in 1999, “Meet Virginia” peaked at number 20 on the Hot 100 chart. Billboard described the song as an "ode to a wrong-side-of-the-tracks girl full of quirky contradictions."

Lead singer Pat Monahan said the lyrics to this song, one of the band’s biggest hits to date, were inspired by his late mother’s struggle with cancer. The song remained on the Top 40 chart for 29 weeks in 2001 and was nominated for five Grammy Awards, winning two.