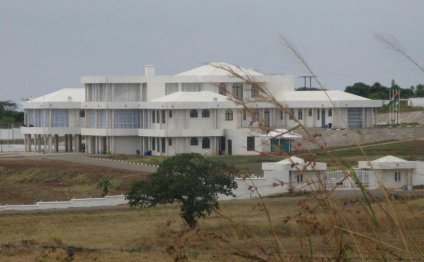 Lindsay has pure and strong vocals that remind me of Brooke Fraser and Audrey Assad who are my favorite female vocalists of all time. I consider Lindsay someone to watch out for in 2012 and based on her debut album, she gets my nomination as the best new artist and female vocalist I've heard in the past year. Lindsay’s best vocals are “Take My Hand, ” “Come Rest” and “Let Go.”3. Heather Williams
Heather is currently captivating me with her debut album which includes her stand-out vocals on her songs “Hallelujah, ” “Holes” and “God Is Still God.”4. Dara Maclean
Dara displays the strongest vocals I've heard in years on her debut, and her Brit-pop sounding vocals are similar to Grammy Award winning artist Adele wrapped around Motown style soulful music. Dara’s best vocals are “Yours Forever, ” “Home” and “Free.”5. Ariel Bloomer (Icon For Hire)
Ariel is the Swedish born lead singer of the new Christian rock band Icon For Hire and she has a catchy vocal style similar to Hayley Williams from Paramore. Her band's debut album, is very solid. Ariel’s best vocals are “Make A Move, ” “Get Well” and “The Grey.”6. Laura Cooksey
Rarely has a debut album included this many catchy songs and all six songs will have you hanging on every word that Laura tenderly sings. Her vocals will soothe your soul and the vertical lyrics will all direct your attention on our King, Jesus. Laura’s best vocals are “The Love of Christ, ” “Rest” and “Unshakeable.”7. Beth Williams
Beth Williams has unique and powerful vocals, which have been compared to a cross between Joy Williams and a young Gloria Estefan. She also reminds me of Meredith Andrews. Beth’s best vocals on her debut EP are “Always, ” “You Can Be Loved” and “In The Light.”8. Laura Kaczor
Laura Kaczor (kuh-ZURE) emerged as a breakout artist last year. Laura’s best vocals are “Alive in You, ” “Invisible” and “Yours Forever.” 9. Jessa Anderson
Drawing from an influential pool of strong female songwriters such as Sara Groves, Nichole Nordeman and Ginny Owens, Anderson’s music reflects a constant wrestling with the unknown and the darkest parts of humanity right alongside the gritty, everyday things that make up the human life. Jessa’s best vocals are “Not Myself Anymore, ” “I Won’t Break” and “Fireflies.”10. Jamie Grace
Spend any time at all with Jamie Grace, and it’s obvious that she’s special. Her infectious smile, bright eyes and her expressive way with words are all tale-tell signs: this is one unique girl. Jamie’s best vocals are “Not Alone, ” “You Lead” and “With You.”

NRT Lead Contributor Kevin Davis is a longtime fan of Christian music, an avid music collector and credits the message of Christian music for leading him to Christ. He lives in Pennsylvania with his wife and three daughters.

Amy Grant, the singer who first made a name for herself as a Christian singer, then crossed over into the pop genre, sat…