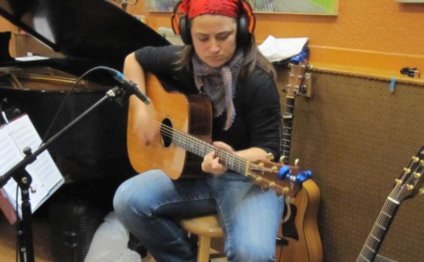 Amy Grant, the singer who first made a name for herself as a Christian singer, then crossed over into the pop genre, sat down with her fist ever interview with an LGBT media outlet, PrideSource. The singer talked about her forthcoming album, "How Mercy Looks from Here, " as well as her awareness of her gay fan base.

The singer tells PrideSource she was first aware of her gay fan base when she was just 18. Over time, she has developed relationships with LGBT fans, especially through the Gay Friends of Amy Grant group on Facebook. She was even asked to perform at the wedding of one of her gay fans, though had to decline for scheduling reasons.

"I was honored to be invited. I have to tell you: Anytime somebody asks me to perform at a wedding, I say, 'I do not have a good track record.' (Laughs) A lot of the weddings I've performed at, the marriages have ended poorly."

Amy Grant was first known for contemporary Christian music like "El Shaddai" and "Thy Word." In the early 1990s, she crossed over into pop music with songs like "Baby Baby" and "Takes a Little Time." It's also likely that you have heard (or possibly own) one of her many Christmas albums.

In the interview, Grant is somewhat circumspect. She speaks in general terms of loving and accepting everyone throughout her musical career. Having been raised in a conservative Christian home, Grant didn't have much exposure to LGBT people until she went out on tour and met LGBT fans. She describes how her views on LGBT people changed.

"I have had so many occasions in my life where I have felt really strongly about something - but that feeling has changed. Those feelings change about different situations, and so because I'm a public person - and because I want always to bring people together - I really do say this is a world that's unfamiliar to me and I am always trying to observe with compassion."

She also acknowledged that the Christian church has not had a good track record of LGBT inclusion. However, she continues to hold out hope that the church can gather diverse people into community together.

Gay Christian Artist Justin Ryan God Save Us All From Religion

Every fall, Christian record companies send out their new Christmas albums for review. This year, music fans are blessed…