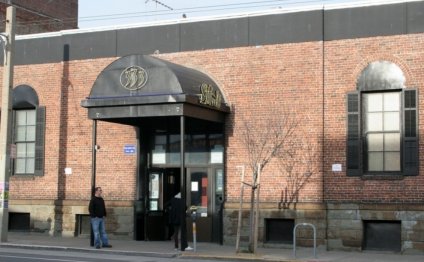 toggle caption Courtesy of the artist

Courtesy of the artist

Ah, the 1970s — that now-you-malign-it, now-you-don't decade of seemingly endless cultural reaping and debate. Was it the best of times, the worst of times, or a little of both? From a jazz perspective, Ethan Iverson and others have done an excellent job of documenting the wealth of inspiring music that was recorded in these years, helping to deflate the notion that all was fusion and flares (not that there's anything wrong with that). Excellent hard bop and avant-garde albums were being made, fusion itself offered a cornucopia of colorful sounds, and an ongoing and open societal vitality seemed to inform the work of past masters and up-and-coming musicians alike.

But how often do people think or talk about big bands when it comes to the 1970s? Big bands, of course, had supposedly been dead or in decline since the end of the 1940s; hence the recurring "Will the big bands come back?" trope/hype of the 1950s and '60s. While it would be difficult to deny that large orchestras did indeed diminish as a commercial force throughout those years, it's also generally accepted that many fine records continued to emerge from swing-era mainstays such as Duke Ellington, Count Basie and Harry James.

Jump ahead to the end of the 1960s and the years that followed, though, and one could even argue that the big bands did indeed come back, at least in an aesthetically rewarding way; it's a period rife with interesting big-band records from the likes of Charles Mingus (Let My Children Hear Music), Duke Ellington (The New Orleans Suite and The Afro-Eurasian Eclipse), Gil Evans (Plays the Music of Jimi Hendrix), the Clarke-Boland Big Band, Charles Tolliver, Sun Ra and many others. In the age of rock, big bands offered a suggestion that musical power could still emanate from non-electric sources. Here are five musical testaments to the not-dead-yet world of 1970s big-band music.

I came across an article online called the Top Celtic Folk/Rock bands . To me the article was a wee bit blurred. It focuses…