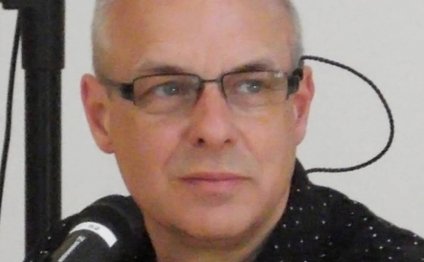 Gazelle Twin's Unflesh is one of our favorite electronic albums of 2014. Tash Tung/Courtesy of the artist hide caption

Gazelle Twin's Unflesh is one of our favorite electronic albums of 2014.

Tash Tung/Courtesy of the artist

"Electronic music" just might be the silliest commonly-used genre title. (OK, OK, you're right: "world music, " I take it back.) But seriously, just look at the variety of vibes we had to cram into this 10-album list. There's dance music, for sure (and lots of it), but there's also gender polemics, nightmarish self-portraits, laid-back soul, even spoken-word.

But we're playing by the rules as they actually exist, not as they should. When I look at the list now, after weeks spent considering dozens of records, it appears my subconscious criteria was "voice." I'm not talking about the kind emitted from mouths; I mean distinct sonic signatures that by the end of an album feel as if it couldn't have come from anyone else. Some artists here developed that voice over decades. Others needed less than an hour. But all of the records here take the idea of identity very seriously. Get to know a few.