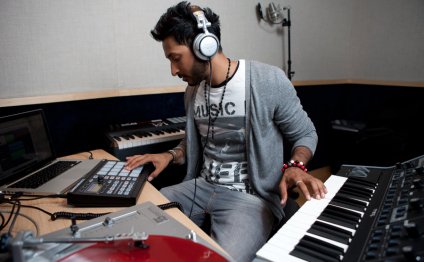 As the grip of the major music labels continued to loosen in the era of Pandora, Rdio and Spotify, one of the biggest indie stars, Macklemore & Ryan Lewis, saw its hit song “Thrift Shop” hit No. 1 in 2013, the first time since 1994 that a song without the backing of a major label reached the top of the charts.

In 2007, indies controlled 25.8 percent of the music business, No. 2 behind Universal Music Group’s 28.8 percent share. By June 30, 2013, indie — a universe that includes Taylor Swift, Jason Aldean, Bon Iver and Mumford & Sons — leapfrogged Universal by growing its market share to 34.5 percent, according to Nielsen SoundScan.

Universal was at 28.3 percent.

Rich Bengloff, who runs the American Association of Independent Music, believes the availability and popularity of music streaming — which grew by 24 percent in the first half of 2013, while digital sales slipped 4.6 percent in the period, its first-ever decline — is exactly why artists are opting for indie status and why their power is growing.

Not surprisingly, Pandora founder Tim Westergren has been wooing the independents. Songs from outside the major labels make up 50 percent of the content streamed on the 14-year-old service. On broadcast radio, it’s 13 percent.

“There are artists who were invisible in the music business who now get exposed to an audience that is big enough to support them, ” Westergren told The Post this week. “There’s an opportunity for a really well-run band to take control of their careers.”

Pandora (which in a regulatory filing said it had 70.9 million active users as of Oct. 31, up 8 percent this year) has been working with indie artists to develop tools like letting them know where their richest concentration of fans are so they can better plan tour locations, Westergren, speaking while on vacation in Australia, said.

“Independents are supportive of Pandora because it’s a level playing field, not a walled garden, ” says Westergren.

While indie artists and their labels are enjoying and cashing in during the early stages of the Pandora era, no one believes the big guys are going away.

Indies are still tied to the big labels for distribution. Macklemore & Lewis is aided by Warner Music’s Alternate Distribution Alliance.