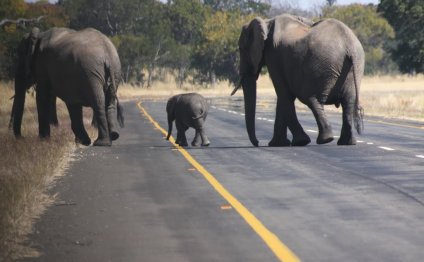 The poised and refined Ellis was a trailblazer in the Jamaican music scene, his soulful voice warming the ears of many listeners with his pioneering forays into rocksteady and his unique covers of R&B classics. Alton Nehemiah Ellis was born in 1938, in Kingston’s Trenchtown, to a family that encouraged his artistic pursuits. Ellis took piano lessons at a young age, and won several dance competitions before focusing on a singing career. Teaming up with Eddy Perkins, the young Alton began recording R&B songs for Coxsonne Dodd. With six Jamaican hits under their belts, the duo seemed destined for greater success. Perkins, however, moved to the United States after winning a talent contest. Alton briefly worked with John Holt, before forming his own group, the Flames. As ska began to glorify the often violent rude boy subculture, Ellis grew more and more frustrated – recording several songs directed at the rude boys and denouncing artists who glorified the rude boys. Two of these anti-rudie tunes, “Cry Tough” and “Dance Crasher” became large hits.

“Girl I’ve Got a Date” and “Get Ready, Rock Steady” were also big hits for Ellis, with the latter being the first song in the new genre of rocksteady (emerging from a session with the great keyboardist, Jackie Mittoo). Ellis continued to dominate this new form of music. In the early Seventies, Ellis covers of “Willow Tree, ” “Sitting in the Park, ” and “I’m Just a Guy” became big Jamaican hits. Two of Ellis’ original songs, the more rootsy “Back to Africa” and “Lord Deliver Us” also struck Jamaican gold. Unfortunately, all of Alton’s success was not translating financially for the artist. Ellis moved briefly to the United States and Canada before settling in the UK and setting up his own label, Alltone. He had mild success with his new label, but was one of the many reggae singers overshadowed by Marley’s great success. Ellis received the Order of Distinction from the Jamaican government, in 2004, for his musical achievements. Four years later, Ellis died of cancer, leaving behind numerous children and a beloved catalogue of ska, rocksteady and reggae classics.

Winston Rodney was born in 1948, in the same locale as Bob Marley, and it was a meeting with Marley, in 1969, that began Rodney’s journey to success. Rodney asked for Marley’s advice on entering the music business, and Bob advised him to look up Clement “Coxsonne” Dodd. Performing in a duo with his friend, Rupert Willington, the two caught Dodd’s ear. Inspired by Jomo Kenyatta, Kenya’s Mau Mau leader, Rodney chose the name “Burning Spear” for the group. The group was joined by Delroy Hinds who helped Willington back up Winston’s unmistakable chanting vocals. Their first successful single was “Joe Frazier (He Prayed), ” which was a runaway Jamaican hit. Right from the start, the groups’ singles focused on conscious themes of deep Rastafarian spirituality and cultural awareness, releasing a string of singles and two albums. Unable to match their early hit, the group left Dodd, in 1975, for Jack Ruby, and their first two singles “Marcus Garvey” and “Slavery Days” quickly lit up the charts. Backed by the Black Disciples (which included bassist Robbie Shakespeare and guitarist Earl “Chinna Smith), their first album with Ruby, Marcus Garvey, is considered essential listening for any roots fan. Island quickly took notice of the group and signed them. Burning Spear was alienated almost immediately, however, when the record label re-released the Marcus Garvey album for international consumption by remixing the entire thing.

In reaction, Rodney set up his own label and Burning Spear released a well-received follow-up, 1976’s Marcus Gavey, Man in the Hills, as well as a dub album. At this point both Willington and Hinds left the group and Rodney severed Ruby’s production. Rodney kept the name Burning Spear and began to self-produce, still backed by the Black Disciples and still on the Island label. By the time 1977’s Dry and Heavy was released, Burning Spear was well-known in the UK. After performing with the UK reggae band, Aswad, Spear retained some of its musicians alongside the Black Disciples for his next album, 1978’s Social Living. Spear was invited to the inaugural Reggae Sunsplash in 1980, and has appeared at almost every single subsequent Sunsplash festival since. 1980 also saw the release of Hail H.I.M., produced at Tuff Gong studio with the Black Disciples and Aston “Family Man” Barrett as co-producers. Throughout the Eighties, Spear toured and released albums, receiving a Grammy nomination in ’85 and re-forming his backing band twice. In the mid-Nineties, Spear moved to Queens where he continues to record. Spear received a Grammy nomination in ’95 for Rasta Business, finally winning in 2000 with Calling Rastafari and in 2009 with Jah is Real.

Snoop Lion Opens Up About Music, Life and The Rastafarian ...