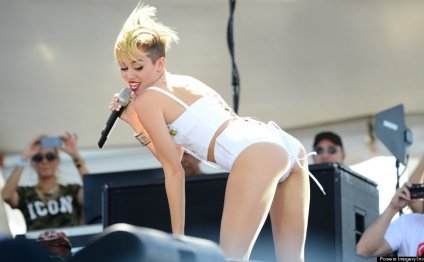 African-American influences in country music can be documented at least as far back as the 1920s. Harmonica ace, DeFord Bailey, appeared on the Grand Ole Opry stage in 1926. "Whites and blacks in rural communities in the South played in stringbands, " said Frankie Staton, head of the Black Country Music Association. "Jimmie Rodgers, the father of country music, learned guitar from black laborers he worked with."

Robert Johnson was a black blues musician and contemporary of Jimmie Rodgers. Retrospective boxed sets of music from both artists are available today. "If you go back and play those two boxed sets, they're not very different from each other in sound. And you begin to understand, first hand, why they call country music the white man's blues, " said Tom Roland, music columnist for the Nashville Tennessean. "Hank Williams was taught by a black street musician called Tee-Tot. In fact, the near inseparability of early country music and early blues is now documented in a 3-CD compilation released by Warner Bros. in 1998. Called "The Black Experience: From Where I Stand, " the album presents 52 black artists' contributions to country music and includes not only African-American artists primarily known for their contributions to the blues, but those such as Charlie Pride and Cleve Francis, who identified themselves solely as country artists.

Though many African-Americans have contributed their talents to country music, only Charlie Pride has ever achieved true and lasting success. His career is even more remarkable when one considers that he entered country music in 1966 during a period of great racial unrest in this country.

Why was he successful when all others have failed?

"Charlie Pride made it because Chet Atkins stood up for him, " said the BCMA's Staton, "They didn't put his face on his album covers. They put out this album by a brother and nobody knew he was black."

Roland agrees, "They didn't send out any publicity photos, which is unusual. The idea, I'm sure at that time, that an African-American artist might even be trying, was absurd. He was really country, particularly when he started. He was called ‘Country’ Charlie Pride the first few records. And, in fact, though Jack Clement was producing him, they put the names of four different producers on the records, the first couple of albums, just so people would know that there were a number of high-powered executives who all believed in this performer.

"So, radio stations were playing his records before they discovered his ethnicity and, at that point, how do you get off the record? How do you pull it without labeling yourself a racist? So, it was kind of shrewd on RCA's part because once they're on it, they can't just jump back out."

The approach taken by RCA in launching Charlie Pride's career indicates that executives feared racism in their audience and media outlets. It will never be known whether Pride would have succeeded had he been presented as other artists of the day were. The instant communication of today's world, as well as the business climate in Nashville today, ensures that no new careers will ever be launched that way.

While one can list some of the reasons Charlie Pride succeeded, explaining why all other African-American artists have failed to establish themselves is a much trickier proposition.

Ultimately, is it, as Ed Benson of the Country Music Association said in a recent article, a question of money and luck not race? Is it true that if one black singer becomes a star, every label will want to have one?

Roland noted that the copy-cat mentality has precedence in Nashville. Teenager Lila McCann was signed to a recording contract soon after 13-year-old LeAnn Rimes topped the charts. Prior to the success of Alabama in the 1980s, few groups were heard on country radio. After their debut, the airwaves were filled with the sounds of Exile, Restless Heart, Southern Pacific, The Desert Rose Band, and others. The achievements of George Strait, Garth Brooks and Clint Black ensured that, for a period of time, every male artist signed was a physical mirror of those kinds of artists, with the hat and the Wranglers.

But how does one become that first black star since Charlie Pride to break racial barriers? Opinions vary. Intangibles mount. Certainly the equation is not quite as simple as stated by Benson. Overt racism, economic racism, marketing, talent level, business sense and the hallowed need to "pay dues" all may play a role.

It’s the subtle racism pervading Music Row marketing and promotion decisions that can be most damaging.

Roland said it can take anywhere from $500, 000 to a million dollars to put out the first album by an artist and industry executives are understandably skittish when it comes to investing that amount of money. Decisions made concerning African-American artists may involve racism but it is more likely that the labels don’t totally believe mostly white audiences are going to accept black performers.

The industry needs to overcome its fear and market those artists to all country music listeners, black and white alike.

"Marketing segments people, said Roland. "It used to be you could listen to one station and hear Jim Reeves, and the Beatles and Frank Sinatra all on one station. That would be impossible today. People are niched and segmented...and one of the first segmentations that people did was based on gender and skin color. I think from a musical standpoint, using skin color as a way to separate people into styles probably creates an artifical difference that doesn’t necessarily need to play out."

"Country music is only marketed to white people, but black people listened to the Grand Ole Opry and liked what they were hearing, " Staton said. "Looking at last year’s BCMA showcase, probably 60-70% of those in attendance were...