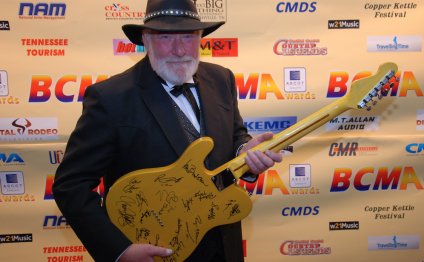 After a huge success last year, we are excited to say that Rising Stars is once again dusting off its finest cowboy boots in anticipation of a Country night that is packed with more talent than ever before! If you love your music live and you want to experience the new wave Country phenomenon, we've got one doozy of a night planned for you.

Join us as a fresh batch of incredible young bands and mesmerising singers fill the 229 with some sultry southern sounds that will have you stomping your feet and throwing your cowboy hats in the air. This next generation of UK artists is transforming the sound of country as we speak, so come and witness the revolution!

Standard tickets are just £10 with a VIP option available at £15 for access to a private Hariviestoun VIP Bar! Either way, everyone who gets there before 7.30pm can enjoy a drink on Hariviestoun. Where else can you watch an evolving scene for that little? Right, nowhere. So see you there! Sorry we mean, howdy!

Luke and Mel
Having met while performing in the UK's top touring theatre show, Country Legends, Luke & Mel came together to form one of the hottest bands to hit UK Country Music in recent years. Get ready for a combination of haunting harmonies, damn fine musicianship and a unique authentic sound from this extremely talented multi-award winning singer-songwriter duo.

Gary Quinn
See the winner of the 'UK Songwriter of the Year' and 'Song of the Year' of the British the Country Music Awards, Gary Quinn, fill the 229 with his modern country sounds. Having created a modern sound that nevertheless has echoes of the past and respects the old country traditions, it is easy to see why he is has quickly become one of British country music’s more established performers.

Katy Hurt
Meet one of Britain’s brightest young country singer-songwriters and winner of the Battle of the Bands at the 2014 Rockfield Country Music Festival. Just having released her debut EP, 'Blue Snake' this young musician, who has spent time in Nashville, is more than ready to own the stage at 229.

Steve Young
From a London-based rock band, to traveling the world as a session guitarist and playing with the likes of Lionel Richie, Steve Young has plenty of experience and influences to bring to his music. Embracing a love of blues, rock and country he has created a sound of his own which has been drawing attention and acclaim from across the globe. Enjoy a magnetic fusion of acoustic pop and alternative country.