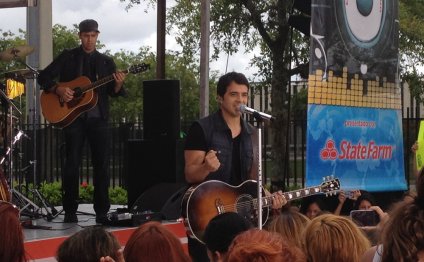 Cruz’s profoundly soulful signature voice and colorful presence revolutionized Latin music for nearly six decades. Her powerful vocals were often featured alongside infectious piano cords and conga beats, and won her countless of accolades including three Grammys, four Latin Grammys, and twenty-three gold albums. The Queen of Salsa lost her battle against cancer in 2003, but her artistic soul will live on forever.

Born Máximo Francisco Repilado Muñoz, the Cuban singer and composer was the front man for the legendary Buena Vista Social Club. Known for his charisma personality and love for cigars, Compay was known for leading hits like, “Chan Chan” and “Las Flores de la Vida.” He died of kidney failure at 96. The king of el són will never be forgotten

Known for his boleros and guarachas, Ibrahim helped transform Cuban jazz and made it recognized on a global scale thanks to his collaboration in The Buena Vista Social Club. In 2000, the artist won a Latin Grammy for “Best New Artist” and also won a Grammy four years later.

The Bronx native has tapped into the ultimate formula for chart-topping success in his debut album “Formula, Vol. 1, ” which features addictive bachata hooks and lyrics that leave you hooked on his every word. Aventura’s former front man has proved that he is The King of Kings thanks to his multiple wins at the Latin Grammys and Latin Billboard Awards. He is also currently nominated for a 2013 Grammy for “Best Tropical Album of the Year.”

This Church boy turned reggaetonero first started producing music with Héctor El Bambino back in 2002. Since then he has dominated the charts as The King of Kings in the genre. His album named after his nickname, sold over 4 million copies back in 2007.

In 2012, he also celebrated the international success of his hit song featuring Natti Natasha, “Dutty Love.” While he has been keeping a low profile since his mega-win at the Latin Billboards, with a total of eight wins, Don Omar plans on going on tour later on this year for his latest album, MTO2: New Generation.

Before Sean Paul was the master of dance hall, there was El General. The Panamanian artist ((real name Edgardo Franco) ruled the 1990s with curve-swaying hits like, “Tu Pum Pum” and “Muevelo.” After hitting gold and platinum success, he officially retired from the music business in 2004.

Her voice redefined Latin soul thanks to her immense vocal talent and energetic performances. The Cuban singer was one of the first Latinas to perform live at Carnegie Hall with Tito Puente after producing hits for over a decade. She later became a controversial star due to her religious beliefs and stage antics. La Lupe died of a heart attack in 1992. Lauren Velez will star in a bio-flick based on the star’s life titled, They Call Me La Lupe.

The bilingual bachatero stole our hearts when he first hit the charts with his self-titled album in 2010. Since then the Dominican singer from the Bronx has ruled the charts with his sophomore album Phase II, which produced hits including, “Incondicional.” Earlier this year, Royce took home eight awards and beat the King of Bachata, Romeo Santos, in the “Album of the Year” category for his self-titled album. We have a feeling this is only the beginning!

Born Sheila Escovedo, the Mexican and Creole drummer and percussionist dropped the extra syllables once she met Prince in the 1970s. The musician was greatly inspired by her godfather Tito Puente, who she would watch perform as a little girl. She has had collaborations with everyone from Gloria Estefan to Juan Luis Guerra. Sheila also prides herself as a philanthropist and started the Elevate Hope Foundation, which helps abused children receive therapy through music.

Known for her soprano vocals and diva attitude, Mariah has sold more than 200 million albums in the span of her 22-year career. The new American Idol judge has also won five Grammy Awards and a record breaking 31 Billboard Awards. In 2007, the half-Venezuelan pop star was named the fifth richest woman in entertainment with an estimated worth of $270 million. We are sure that number has only multiplied!

Known for his multi-cultural influences and hybrid reggaeton sound, Tego (born Tegui Calderon Rosario) revolutionized the genre as we know it today. His debut album El Abayarde solidified him as a force to be reckoned with in the industry. He is known for hits like, “Metele Sazon” and “Elegante de Boutique.”