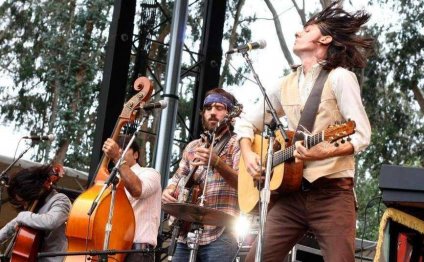 In a year that lacked, for better or worse, the crossover appeal of acts like Mumford & Sons or the Lumineers, widely acclaimed artists such as Jason Isbell, or a breakout star like country’s Sturgill Simpson, a number of events shaped the Americana musical landscape in 2014. Major labels tested the waters, hoping to polish rough edges and extend the genre’s reach into the mainstream. In August, Grammy winners the Civil Wars officially ended speculation of their parting, effectively opening the door for new duos—married or otherwise—to contend with the likes of Shovels and Rope. Traditionalist poster boys Old Crow Medicine Show, coming off their 2013 induction into the Grand Ole Opry, released Remedy, further demonstrating how indebted artists of their ilk are to the matriarchs and patriarchs of traditional American music.

Often considered a genre for acts that don’t fit within a specific marketing niche, roots artists and aging musicians no longer commercially viable in their respective genres, we still struggle to define “Americana”. While we were able to segment Americana from bluegrass and country, the blurred lines that exist muddle more into a deeper shade of gray with acts like OCMS possibly bridging all three classifications. The artists contained on this year’s list are predominantly singer/songwriters, upstarts and veterans alike, ranging in age from 20 to early 60s. While we included returning alumni, there are a number of first-timers as well, signifying the genre’s continued growth and viability. If forced to define Americana, I would be inclined to say it’s the one genre where honest craftsmanship is required, respected, and rewarded. Marketing hype, YouTube views, and commercial radio play all have their place in other genres; in Americana, the songs and music are what count. That being said, I feel our top 15 Americana albums of 2014 live up to such a billing. Eric Risch

Formed by songwriters Avi Vinocur, from San Francisco, and Patrick Dyer Wolf, from North Carolina, Goodnight, Texas is named for the geographic midpoint between their respective homes. Despite the attempt (at least in designation) to point toward a middle ground, Wolf’s home seems to have an upper hand. The Appalachian ghosts of the group’s first album (most memorably, that of Jesse, a coal miner trapped underground) haunt this album as well. Characters on Uncle John Farquar include Civil War specters, such as a woman who can sense the death of her husband from afar (“Many Miles from Blacksburg”) and a soldier penning a letter to his wife (“Dearest Sarah”). Vinocur and Wolf have touched brilliantly here on a rich, weird vein of American folk nostalgia, and one can only hope that that they find more ghosts out there to channel. Taylor Coe

Not a widely known musical entity yet a household face recognizable from her television commercial work, actress Mary Roth as HT Heartache quietly delivered this year’s under-the-radar release with her sophomore album, Sundowner. Four years since her debut, HT Heartache’s tales of cross-country escapism (“Trenton”, “Roam Cold Highway”), confessional omissions (“Darkside”), and noirish undertones (“Cowboy Poetry”, “Ruby”) are both beguiling and affecting. Backed by Christina Gaillard on guitar, the duo pairs celluloid imagery with weathered instrumentation, speaking to the wanderlust of post-war 1950s America, a promise that is itself these days a roadside relic most can only visit through the fiction of Jack Kerouac and photography of Robert Frank. Uncertain we will hear more from HT Heartache in the future, she has added her own marginalia to America’s musical history with the singular Sundowner. Even if time proves it to be only a footnote, it’s one worth referencing. Eric Risch