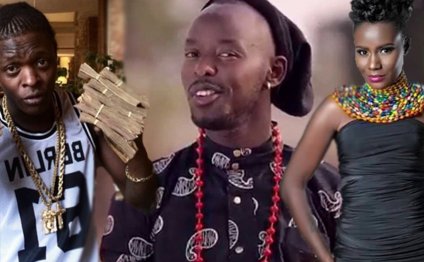 It is a bit like how hipsters claim that everything popular sold out and how they knew about it “before it was cool”, except I suppose the devil-smeller would say “before they sold their souls to the Prince of Darkness.”

Before Madonna and Marilyn Manson’s mostly harmless lovechild Lady Gaga came to the world’s attention, there was no shortage of musicians being accused of Satanism

Those that have evidently sold their souls to the devil of course are included on this list:

11. Lady Gaga
She’s not just been accused of Satanism. She’s been accused of being Satan himself. We don’t really know why. Actually, most people don’t know why. They just call her a Satanist and protest her songs, while giving her much-loved publicity. We asked a few protesters why they call her Satan, and their response? “She’s the Goddamn Devil!”

10: Iron Maiden
US Christian groups accused Iron Maiden of Satanism after they released The Number of the Beast in 1982, and just to prove that stupid knows no borders the group was stopped from playing in Chile in 1992, due to these accusations.

9: Beyoncé
According to NME, Internet conspiracy theorists figured that if you spelt Beyoncé and Jay Z’s child’s name Blue Ivy backwards you get Eulb Yvi, which is supposed to mean Lucifer’s daughter in Latin. The Latin for Lucifer meanwhile, is Lucifer, it is already a Latin name.

7: AC/DC
Serial killer Richard Ramirez said he was inspired by the band AC/DC, and reverse speech advocate David James Oatway concurred, saying if you played Highway to Hell backwards it contained all sorts of Satanic messages. AC/DC’s Angus Young pointed out that the song was pretty keen on this hell idea played forwards.

6: Black Sabbath
To be fair on this one, they were called Black Sabbath and Ozzy Osbourne is noted for having a taste for bats, but sometimes the accusations travel well into Poe’s Law territory (Poe’s law states that there is no view so over the top that somebody somewhere won’t express it in utmost sincerity) as one Terry Watkins of Dial the Truth ministries demonstrated in his rant against Osbourne.

5: Led Zeppelin
The Trinity Broadcasting Network, noted for completely ignoring Mark 11, argued that the song Stairway to Heaven when backmasked was an ode to Satan. While I suppose you would then be going down the stairway, the fact of the matter is the song is supposed to be played forwards. Not to mention a magazine once accusing guitarist Jimmy Page chanting Satanic mantras while standing over drummer John Bonham as he lay dying. Dramatise much?

4: The Eagles
There are a whole lot of different interpretations to the song Hotel California, with the band saying it is about the hedonism and greed of its era, while others speculate about it being about drugs, Steely Dan, cannibalism, cancer and yes, Satanism.

3: Marilyn Manson
Manson went to a Christian school until about 10th Grade, and that school did what fundamentalism does best and put him off religion, starting his path towards shock rock stardom. So it isn’t much of a surprise that a lot of fundamentalists don’t like him, and if a fundamentalist doesn’t like something it is instantly the devil.

2: Madonna
According to conspiracy theorists, when Madonna’s did a half-time show for the NFL it wasn’t just bad, it was actively fiendish. Of course, this led to the Church of Satan saying, “The use of horned helmets and her disappearance into the nether regions at the conclusion were most likely coups de théâtre without deeper meaning.”
And if you think they wouldn’t welcome a popular celebrity voice - that would be like Tom Cruise being disavowed by the Church of Scientology.

1: Elvis
According to jesus-is-savior.com, we can tell Elvis was a Satanist because members of his family converted to Scientology and, “His gospel music was despicable.” That would make most Christian rock Satanism in disguise.

Dhani Harrison’s career as a musician was born out of the unfortunate circumstances of his father’s death. He studied visual…

The roots of Tejano music are as widespread and diverse as the traditions of the people that invented it. The main root of…