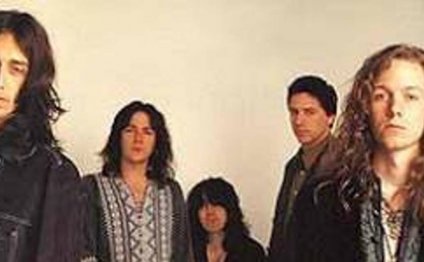 Atlanta is home to a constantly rising number of up-and-coming acts - it's quickly becoming a powder keg of talent waiting to blow. The most impressive quality of the city’s scene is that no one rapper or singer is the same, and they all reach wildly different demographics, from the influence of trap music on the Southside of Atlanta to the off the wall originality of Edgewood. Even though they're different lyrically or cosmetically, they all share the same diehard mentality that keeps them in the spotlight through EPs, mixtapes and videos. Because of their will to survive and hustle, this list of Atlanta's rising stars is a more of a warning: don't underestimate the South, because its influence is multiplying.

Reese
Instagram: reeseswagod
Twitter: @iAM_REESE
Also known as "Dirt Cobain, " Reese is a regular Renaissance man (skateboarder, rapper, etc.) who can be seen hanging with anyone from Wiz Khalifa to Rich Homie Quan. He's been connected with Atlanta supergroup Two-9 as well, but is an accomplished spitter in his own right, prepping his next release Bad Grammer on the momentum of his DJ Mustard-produced single "Parade" featuring OG Maco and Casey Veggies. Reese's heavy southern drawl is his most defining aspect, as he mixes the seedy trap scene of Atlanta with every aspect of his own life, whether it be skateboarding or fashion. Reese has the co-signs and the skill - now it's up to him to capitalize on his own uniqueness to Atlanta's mixed musical culture.

Johnny Cinco
Instagram: johnpopi
Twitter: @1JohnnyCinco
Johnny Cinco has been on the verge of a major breakout for the past few months, with his first major street hit being last year's unbelievably catchy "Wrong Ni-a." Cinco gets a lot of credit for making catchy street tunes, but his most underrated quality is his unorthodox rapping style. Using a gruff baritone to spit his bars, Cinco has an incredibly distinct voice that sets him apart from other Atlanta rappers in his class. With the emergence of his label mates on Quality Control such as Migos and OG Maco, and a clutch feature spot on Jeremih's Late Nights album, Johnny Cinco is one step away from blowing up as he prepares the release of his new project, I Swear.
Notable Singles: "No Choice, " "No Trust, " "Real Hundreds"

PeeWee Longway
Twitter: @peeweelongway
Instagram: mpapeeweelongway
PeeWee Longway has acted as the cipher that connects many artists in Atlanta to their destination. Holding claim to being the guy who got Migos a meeting with Quality Control Records, and also standing next to Young Thug as he catapulted to super stardom, PeeWee has started to break out as the next rapper to watch from Atlanta. PeeWee seems to rap in his own universe, combining multi-syllabic lines with his own created slang ("stuffed crust, " "boot me up") making him stand out from the pack. With strong co-signs from A$AP Mob and Birdman, PeeWee Longway is finally stepping out from behind the shadows of the guys he helped push into the light.
Notable Singles: "Servin Lean, " "Sneakin N Geekin"

Rich The Kid
Twitter: @IAmRichTheKid
Instagram: Whoisrichthekid
Rich The Kid is one of the hardest working rappers in Atlanta right now; he seemingly has a new video or song every week. Rich has been heavily co-signed by Migos on their mixtapes, and now he has a hit of his own with his west coast influenced "Goin Crazy." Using his own version of the "Migos flow" that has the rap game spitting in double time, Rich sets himself apart from the trio by slowing the delivery down and adding his own witty punchlines. Rich The Kid has pretty much worked with everyone who is anyone in Atlanta; now it's his time to show the world what he’s got.
Notable Singles: "Goin Crazy, " "Came From Nothin"

ForteBowie
Twitter: @fortebowie
Instagram: fortebowie
Southside Atlanta born and raised singer/rapper ForteBowie is a musical chameleon, blending a number of different styles in his music. His Vice Haus EP opened a lot of eyes to his brand of eclectic and progressive music, and his stand out appearance on Trinidad James’s "$outhside" introduced many people to his talents. He has a penchant for catchy hooks ("Gucci Mayne") and surprisingly well-crafted songs, which speaks to his ability to connect with his audience. His close connection with other upcoming Atlanta rappers like MoneyMakinNique is proving beneficial in showing that the city has a more introspective side to its music scene.

Afro-Cuban Jazz is a combination of jazz improvising and rhythms from Cuba and Africa; it is also known as Latin jazz. There…