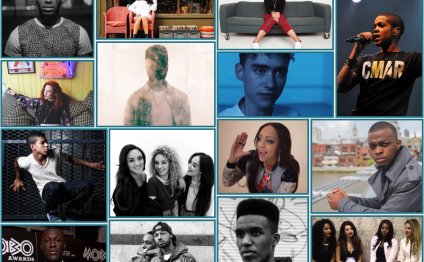 There used to be one band with the courage to do this sort of thing: Metallica. Now, there are dozens of high-profile artists, with outspoken critics like David Lowery and Thom Yorke leading a previously-unthinkable level of protest against streaming and content devaluation. Here are just a few of those voices that emerged in 2013.

Speaking at Virgin Disruptors in October, Palmer blasted leading platforms like YouTube, Spotify and iTunes for profiting handsomely off of artists while re-investing nothing in that content.

“And one weird thing is that iTunes, Apple, Spotify, Google, whatever, all of the people who are profiting – [and] YouTube – who are profiting off the artists from the small level to the huge levels aren’t really feeding very much back into the creation of new content. And, that’s actually one of the largest problems, and even though my views aren’t nearly as extreme as David Byrne’s, he does bring up the giant question, which is ‘where is the capital going to come from to make art?‘ And people might think it’s crazy for me to say that, because you can crowdfund, you can – there’s a lot of things you can do.”

Speaking at the same event, will.i.am questioned whether VEVO and YouTube were unfairly forcing artists to accept certain branding associations, while carefully removing the artist from the profit stream.

“And so while we’re paying for our videos to be on that platform, to Amanda’s point, at what point in time does VEVO pay for content, that gives them the ability to put commercials that we don’t want before our content? And do we get to choose what commercials come before and after our content, when I’m the one paying for the video?”

“So the power has to go back to the artist, and that’s what we’re experiencing here. Somebody’s monetizing it, you can’t just say a billion views and be like ‘yup, you’re free just like the artists are free’.”

At the same moment, Radiohead producer announced a high-profile removal of certain Yorke and Atoms for Peace content from Spotify.

Keating has been publishing her criminally-low streaming royalty statements for years, while also question whether touring really makes sense for the bulk of artists. Speaking to the New York Times in January…

The most outspoken, hated/loved, and most importantly – effective – artist activist in the world.

“In public appearances and no-holds-barred blog posts, Mr. Lowery, 53, has come to represent the anger of musicians in the digital age. When an NPR Music intern confessed in a blog post last year that she paid very little for her music, he scolded her in a 3, 800-word open letter that framed the issue in moral terms. Since then, he has attacked Pandora for trying to lower royalty rates, accused Google of masterminding a broad anti-copyright campaign and compared people who doubt the effect of piracy on musicians to those who think President Obama is a Muslim.”

“Streaming is inevitable, it’s something that is coming, like it or not. But I question how I can hang on or stay afloat with this model, because what Spotify pays me isn’t enough for me to pay the musicians I work with, or the people producing or mastering my music. The model doesn’t work, so we have to come up with ways in which people can help us to make music for free, or at least for much less. But the current way isn’t working, something’s gotta give.”

In early October, Byrne deeply questioned whether platforms like Spotify, YouTube, and Pandora can adequately support newer artists – and culture in general.