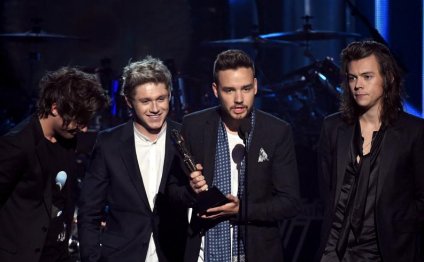 When Eminem and I did "Stan" at the Grammys in 2001, we got together to rehearse out in the Valley. We had never met or really spoken, so I was a little intimidated. When we started to do the song and Eminem made his entrance, I got goose bumps, the likes of which I have not felt since I first saw Jimi Hendrix, Mick Jagger, James Brown and Aretha Franklin. Eminem was that good. I just thought, "Fuck, this man is amazing." There are very few performers who can grab you like that the first time — only the greats.

Eminem is a true poet of his time, someone we'll be talking about for decades to come. He tells stories in such a powerful and distinctive way. As a lyricist, he's one of the best ever. Eminem does for his audience what Dylan did for his: He writes how he feels. His anger, vulnerability and humor come out. That's why we look forward to listening to Eminem's lyrics and finding out where the hell he's headed next.

Eminem lives, sleeps and breathes music — he's a bit like me in that respect. He's pretty much a recluse. I think he's enthralled with what he's doing; he's intimately involved with his art. There's a mystique about him. From the start, I have always admired Eminem's thinking. That's the reason I wanted to appear on the Grammys with him when I was asked, despite all the nonsense talked about his being homophobic and crap like that. The Boy Georges of the world all got up in a twist about it. If they didn't have the intelligence to see his intelligence, that was their problem.

Eminem has the balls to say what he feels and to make offensive things funny. That's very necessary today, when irony is becoming a lost art. Artists like Eminem who use their free speech to get a point across are vitally important. There just aren't many people in the world with balls that big and talent that awesome.

Western listeners can often find a trove of long-forgotten pop music on the average Bollywood compilation, with unintentionally…