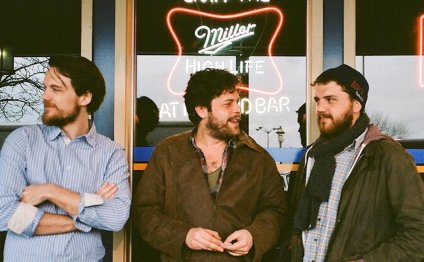 How To Become An Independent music Artist?

By far the most important skill to have if you wish to become successful with anything is ATTITUDE. The same goes for becoming a songwriter. An old Chinese proverb once said, “90% of the journey towards success is over once you have stepped outside your front door.” The reason many people fail, is because they’d rather stay in and watch the TV.

Of course, that first step outside is a philosophical one. As a musician or songwriter, you spend the vast majority of your time being creative. If you think that writing a great song, or playing an instrument well, is the hardest part of being a successful artist, you are wrong.

Despite all the skills you need to know and perfect in order to make your music shine, these pale into insignificance compared with the hard work and other skills you will need to learn in order to record, market and sell your art successfully.

Fortunately, most creative people also seem to excel at other things. The term “Jack of all trades” could quite easily apply to most musicians or artists. After all, the first thing most artists have to learn, is how to find time for their art whilst running a home AND holding down a Day Job in order to pay the bills! It is therefore not unusual to find musicians who are also Physicists, Engineers, IT Professionals or Teachers, to name but a few.

Most of these people are quite content to keep music as a hobby, at least whilst bringing up a family. However, we all get to a stage in our lives (usually once the kids have grown up and left home), where we want to cease working for a “Living”, and instead, work for our own “Satisfaction”.

There are few things in life more satisfying than being admired for something we created. If our creations also manage to influence others, then it is even more rewarding.

This “first step outside your front door” is taken when you decide to pause from the creative aspect (the ideas), and take a positive step towards learning new skills, or employing others who can do those things for you.

There has never been a better time in the history of mankind, to take those steps, either by yourself, or with others who would help you.

–Where you used to have to pay for tutoring, or buy books, in order to learn the techniques of songwriting, or playing an instrument, you can now find scores of articles on the Internet (like this one!) that will help you for free.

–Where you used to have to save up a considerable amount of money to pay studio costs and hire session musicians to make a decent demo recording, you can now find all the necessary tools, and even the musicians, on the Internet who would help you for little or no cost at all.

–Where you needed to sign a record deal in order to be able to afford a producer and a master quality studio, you can now buy your own PC and some music software, and collaborate with a producer online, who will give you the capability to make radio-ready recordings.

The Music Industry doesn’t like the changes that the Internet has brought to the business. Digital media can be freely copied by anyone with a PC, anywhere in the World.

No longer do the record companies just have to worry about the CD pirates who manufacture illegal copies to sell on the black market; they also have to now worry about every PC-literate man, woman and child, making their own copies too!

This has led the music industry into a perpetual fight against file sharers (making enemies of many consumers in the process), instead of embracing the business advantages that the Internet brings to us.

The Music Industry still believes that 8-16 year-olds buy most of the records, so they are still catering primarily for that market. Recent industry figures are telling a different story, and the secret is the “Baby Boomers”.

How to become an artist manager - Music Education

How To Become An Independent Music Artist

Christian music continues to capture the hearts of many around the world. Today it’s available in several styles from the…