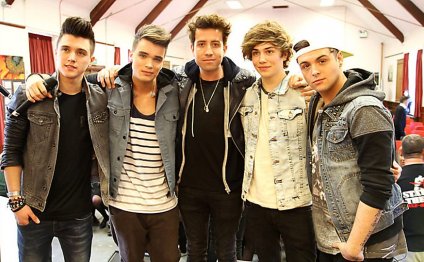 J Dilla
Donuts (2006)
James Yancey recorded Donuts while on dialysis and released it the day he turned 32. Three days later, he was dead, but his swan song shows why he was the hip-hop producer's producer. This dense, urgent, soul-drenched splurge of wild ideas and weird juxtapositions is a final celebration of the music he loved.

Janet Jackson
Control (1987)
Any album that coins the catchphrase "It's Miss Janet if you're nasty", is surely a classic. As a bonus, Control is both the apex of producers Jam & Lewis's irresistible club aesthetic and a fierce, no-nonsense statement of arrival from Miss Janet herself.

Joe Jackson
Look Sharp! (1979)
Look Sharp! seemed to herald the arrival of a serious rival for Elvis Costello's position as New Wave's embittered Mr Grumpy. Packed with jumpy little pop grenades - most barely three minutes long, all wildly catchy - it presented Jackson as a neurotic romantic with a lifetime of relationship failures to get off his chest, and then some.

Michael Jackson
Off the Wall (1979)
The odd thing isn't that Michael Jackson got so messed up, but that he managed to make two of the best ever pop albums beforehand. Off the Wall remains the gold standard for dance pop, and the inspiration behind every former boybander's attempt to cut their own solo career.

Millie Jackson
Caught Up (1974)
Jackson comes off like a female Isaac Hayes on this half-sung, half-rapped song cycle about adultery; she switches her sympathies between the mistress and the betrayed wife. The prolix titles - (If Loving You Is Wrong) I Don't Want to Be Right, I'm Through Trying to Prove My Love to You - say it all.

Walter Jackson
Speak Her Name (1966)
One of Chicago's great "ice man" vocalists along with Jerry Butler and Garland Green, Jackson's rich voice took stoicism to new extremes on It's An Uphill Climb to the Bottom and My One Chance to Make It. Riley Hampton's lush but eerie arrangements suit it perfectly.

Wanda Jackson
Rockin' With Wanda (1960)
Few people could have compared themselves to the atom bomb without sounding crass. But that was Wanda Jackson - a prime mover in the 1950s rockabilly scene, whose ponytail-swinging attitude and twanging guitar remain absurdly underacknowledged (not least by the Rock'n'roll Hall of Fame).

The Jacksons
Triumph (1980)
Produced, arranged and composed entirely by the Jacksons, Triumph followed Michael's Off the Wall by a year - but it was arguably the more consistently brilliant work, with eight mini-masterpieces of symphonic disco, including massive hits Can You Feel It?, Walk Right Now and Lovely One, plus one heart-stopping ballad.

The Jam
Sound Affects (1980)
Their most cutting-edge album, and Paul Weller's favourite - brimming with the angular influence of Wire, Joy Division and XTC, and full of the icy foreboding of the early Thatcher years. Among its highlights are the razor-sharp Start and panoramic That's Entertainment, famously written by Weller in a beery fug.

James
Stutter (1986)
Before Madchester, and before the Horlicks rock of Sit Down became ubiquitous, James were an invigorating prospect: a folk-pop band apparently engaged in a bout of pro-wrestling with their instruments. Their debut album clangs like a grand piano tumbling downstairs - leaving singalong melodies in its wake.

Bert Jansch
Bert Jansch (1965)
With Dylan it was all about the words, with Jansch the guitar, and never more so than on his keening, threadbare debut. Those spindly, music-box pickings carried British folk into new waters, and came to bear on everyone from Davey Graham to Led Zeppelin. It's virtuosic, but restless, and utterly moving. Needle of Death might still be the saddest of all softly sung tragedies.

Japan
Tin Drum (1981)
All eyeliner and reference points, Japan seemed not so much a band as a phase to be gone through. That, though, would deny their strength of purpose. A single, Ghosts, took the sound of paranoid bats in a windy belfry into the Top 20. Their final LP, meanwhile, refined their intellectual pop aesthetic into a stylish, glossy monochrome.

(1998)
Released to mark the 25th anniversary of the murder of the great Chilean singer by the military authorities in 1973, this poignant version of Jara's unfinished album includes Adrian Mitchell reading his final poem, Chile Stadium. Jara's songs provide a stirring reminder of why he has remained an influence on singers such as Robert Wyatt.

Keith Jarrett
The Köln Concert (1975)
The best-selling piano record ever, in any idiom. Distrusting an inferior instrument on this unaccompanied gig, Jarrett stuck to the mid-range and improvised - with sweeping imagination - around a handful of ostinatos and grooves. The result is a hypnotic, romantically lyrical and country-tinged tour de force.

Jay-Z
The Black Album (2003)
For what was meant to be his last studio album, Shawn Carter delivered his most open, intense and honest rhymes. Though the reality fell short of the professed dream (the plan was 10 collaborations with 10 great hip-hop producers), it's his strongest, most consistently inspired set, if not generally his most lauded.

Jefferson Airplane
Surrealistic Pillow (1967)
San Francisco psychedelia captured just before pomposity and bloat set in. Low on indulgent jamming, the songs come in sharp, remarkably potent flashes. Jefferson Airplane would never again sound as concise or powerful as on White Rabbit and Somebody to Love; even the shifting, episodic She Has Funny Cars lasts barely three minutes.

Once an individual has attained the position of Booking Agent, advancement would come in the form of working with more well-known…