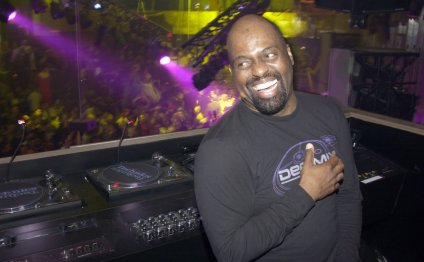 The origins and ownership of the term "house music" have been hotly debated since, well, always. House music is a lot things to a lot of people. It's disco's revenge. It's a feeling. It's controllable desire you can own.

While house can still be a little elusive, it's like the Supreme Court's definition of pornography: You'll know it when you hear it. House was born in Chicago from a meeting of late '70 and early '80s technology — synths, drum machines, difficult-to-program sequencers and samplers — and the people using it — mostly black, often queer, working class men and women. Classic Chicago house is sought out for its soulful and unapologetic rawness, a far cry from the swaths of antiseptic house available today on Beatport. As much of modern music tries to scrub out any imperfections, classic house openly embraces its limitations and blemishes.

This is a primer for new jacks, albeit an incomplete one, as 100 other records could qualify for this list. It's a cheat sheet for people who discovered dance music through mainstream EDM, pop or Jamie xx, and are curious to learn where this music comes from.

10. Jesse Saunders, "On and On" (1984)
"On and On" is widely considered to be the first proper house record. It starts with screams and maniacal laughter, then oozes along, with a healthy dose of reverb and twinkly synths as a top line, never quite fully banging into a typical hands-in-the-air crescendo the way we've come to expect from a house record. But it's evidence that house has never been singular. It can be many things. "On and On" is a gauzy 4 a.m. jam to bridge night into morning.

9. Marshall Jefferson, "Move Your Body" (1986)
The stomping live piano intro is cited as the first time live pianos were utilized in house music, a trend that would rage on into the '90s and beyond. Marshall Jefferson is 55 years old and still going strong on the club and festival circuit.