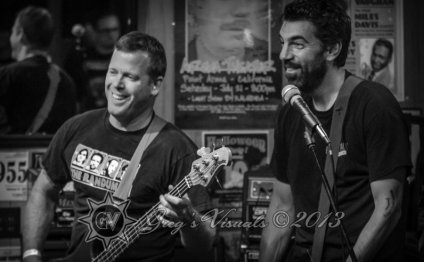 Paula Cole was one of the many female singer/songwriters who rose to prominence in the mid-'90s in the wake of alternative's commercial breakthrough. Drawing heavily from the ethereal, pretty sound of Sarah McLachlan and Tori Amos, she created songs that relied equally on dreamy melodies and poetic, introspective lyrics. Although she continued recording music during the 2000s, Cole's career reached its peak in 1997, when both "I Don't Want to Wait" and "Where Have All the Cowboys Gone" cracked the Top 20.

Cole was born and raised in Rockport, Massachusetts, the daughter of an amateur musician and a visual artist. Following her high-school graduation, she went to the Berklee College of Music to study jazz singing and improvisation. After she graduated from Berklee, Cole became a professional musician in order to make a living; she continued to write original material on the side.

Her first big break arrived when Peter Gabriel invited her to perform on his 1992-1993 world tour. Shortly afterward, she signed to Imago Records, where she released her debut album, Harbinger, in 1994. Imago went out of business within a year of the album's release, though, which prevented the record from getting exposure on radio and in the press. In 1995, she signed a new contract with Warner Bros., which reissued Harbinger in the fall of that year. Cole returned with her second album, This Fire, in October 1996. The album and its accompanying single, "Where Have All the Cowboys Gone?, " became word-of-mouth hits and eventually broke into the mainstream during the spring of 1997. That summer, Cole participated in the first Lilith Fair, a traveling festival that had been designed by Sarah McLachlan to showcase female artists. Cole was one of the performers to receive a significant boost in profile from the tour, and was the subject of many articles in the mainstream press.

In 1998, Cole won the Grammy for Best New Artist, despite the fact that she released her debut album in 1994 and, therefore, was technically ineligible. That same year, she scored another hit with the single "I Don't Want to Wait, " popularized as the theme to the television hit Dawson's Creek. Her much-anticipated third album, Amen, followed in 1999 and broadened Cole's sound with electronica and hip-hop textures. It wasn't nearly as popular as This Fire, though, prompting Cole to drop out of the limelight and focus on raising her daughter.

Eight years passed before she returned with a new single, "14, " and a new album, 2007's Courage. Although only modestly popular, Courage represented something of a stylistic return for Cole, who had settled into an eclectic, jazz-influenced adult contemporary vein. She began recording and touring on a more regular basis, releasing her fourth album, Ithaca, in 2010. Cole undertook a crowdfunding project to complete and self-release her next recording, Raven, which was issued in the spring of 2013. ~ Stephen Thomas Erlewine, Rovi