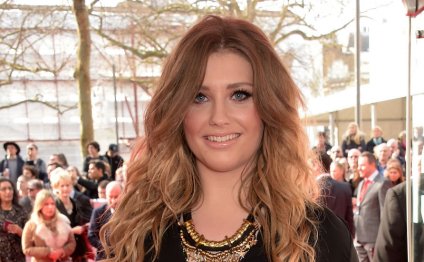 To celebrate International Women’s Day, we reveal the UK’s Official Top 40 biggest singles by female artists of all time. Which lady do you reckon will claim the crown?

Today (Saturday March 8) marks International Women’s Day – the annual celebration of the economic, political, and social achievements of women right across the globe; it’s an all-round outpouring of love and appreciation for all the ladies in our lives and beyond.

If there’s one thing the Official Singles Chart would be pretty dull without, it’s female singers, and to honour the musical achievements of women, we are counting down the UK’s Official Top 40 biggest selling singles of all time by female artists!

Far out in front of everybody – and no doubt guiding the way for her fellow female artists with some kind of huge, illuminated headgear – it’s Cher. Her Number 1 smash Believe has sold almost 1.79 million copies in the UK, and spent a staggering seven weeks at the top of the Official Singles Chart in 1998 and was, unsurprisingly the biggest selling single of that year. How fitting that the biggest seller should come from a living legend who next year will celebrate 50 years since her first UK Number 1.

Coming up behind Cher is another celebrated voice – the late, great Whitney Houston. Whitney, who sadly passed away in February 2012, spent a whopping ten weeks at Number 1 with I Will Always Love You, taken from the soundtrack of hit movie The Bodyguard. The track, which was written and originally recorded by country star Dolly Parton, has sold 1.58 million copies in the UK alone.

Oh baby, baby, you knew Britney had to be in here somewhere, right? And here she is up in third. Her debut single …Baby One More Time spent only two weeks at Number 1 in 1999, but it sure shifted plenty of copies while it was there. Its sales tally stands at over 1.53 million – it sold over 460, 000 copies in its first week on sale.

Rounding off our very famous Top 5 are two ladies with voices as big as their sales. Celine Dion sails into fourth place with the theme from the big movie of 1998, Titanic. My Heart Will Go On has shifted 1.43 million copies (it’s about 3, 000 copies behind Britney). Vocal powerhouse Adele is fifth, and the highest placed British female on our list, with Someone Like You.

So you know who’s at the top of the list, but who gets multiple entries on our Top 40? The honour of having the most entries on our official chart of biggest selling singles by female artists is a four-way tie: Adele, Rihanna, Lady Gaga and the Spice Girls all have three tracks each. Gaga’s big one is Poker Face (17), Rihanna’s biggest seller is We Found Love (9) and Spice Girls’ Wannabe is their top seller (7).

Yesterday Adele and Rihanna became the latest acts to score million-selling singles in the UK with Rolling In The Deep (Number 29 in our chart) and Diamonds (Number 30), respectively.

Wondering why Rihanna's million-seller Love The Way You Lie isn’t included in the Top 40? Well, it's because it’s an Eminem track FT Rihanna – our Top 40 celebrates hits which feature females as the lead artist.

Three ladies take the honour of second place when it comes to multiple entries: Leona Lewis, Katy Perry and Celine Dion all have two tracks in the Top 40 each. Celine is the only act to get two singles in the Top 10 biggest sellers on our list. All the tracks in the Top 10 have sold over 1.3 million copies – now that’s the power of a woman!

The oldest track in the Top 40 is from way back in 1976: Julie Covington’s Number 1 Don't Cry for Me Argentina is 28th on our countdown. The most recent track is Katy Perry’s Roar (40) which topped the Official Singles Chart last September.