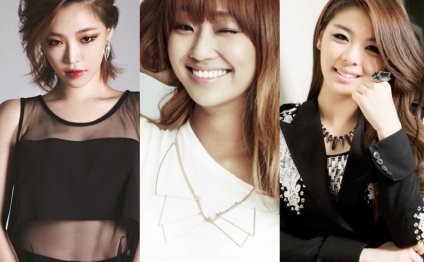 It is undeniable that some of you reading this might not even enjoy these lovely ladies' music, but that doesn't mean you wouldn't double take if they were strolling down the street in full hair and make up and a casual 6 inch heel.

I'm taking a look at the 10 sexiest female artists in music today, from the natural beauties to the raunchy temptress's and the jaw dropping stunners that dominate VEVO and possibly your listening pleasure.

She's a self confessed chav that has turned into one of the most visible and high profile artists in the UK today, helped of course by a generous wardrobe and styling budget, courtesy of the X Factor.

You're used to seeing our Tulisa at the local chippie or stopping off in a track suit to pick up some milk at Tescos. Without make-up she has a unnerving likeness to Disney's Hawaiian cartoon character, Lilo...but in the worst possible way.

Although, this sassy Camden native has made an impression on the men of Britain, because for 2012 she was named FHM's number one sexiest woman in the world.

Tulisa's sexiness emanates from her tough up bringing and take no prisoners attitude which is encapsulated by her self imposed entity - The Female Boss. People are attracted to her honesty and she does scrub up pretty damn good. The way the stage lights twinkle of those bleached veneers is just sensational. A well deserved entry into the Top 10.