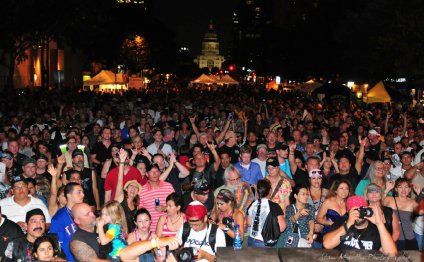 Why is it that even with all of the changes that have occurred of late in the music business — changes that have altered the face of nearly everything — commercial radio today is still not that different than it was ten, twenty, or even fifty years ago?

As Jeff Price rightly points out in his article “The Hidden Money In Radio, ” commercial radio is the last stronghold of the majors. They lost control of perpetual copyrights when artists could fund their own recordings via the advent of ProTools. They lost control of distribution once Apple and TuneCore got in the game. And, arguably, they lost control of publicity once artists began using social media to connect directly with their constituent group.

So…why not radio? Why has radio remained in tact when all the other elements in the industry have changed?

To answer that question, it’s first important to understand how a song gets played on “Big Time” radio. By “Big Time” radio, I’m referring to formats like Adult Contemporary (AC), Hot Adult Contemporary (Hot AC), Contemporary Hits Radio (CHR), Active Rock, Pop, and Urban. There are other formats — college, Adult Album Alternative (AAA) — but, because their impact is smaller (read: less money can be made from them), they operate more in line with the way one would think radio operates: program directors try to pick music that the listeners of their stations will like, and if the listeners respond (calling in to request the song; calling in to ask what the song was, etc.), the song gets played more and more. If there’s little or no response, the song doesn’t get played for very long.

“Big Time” radio doesn’t typically operate that way. For an artist to even be considered by a Program Director at one of these stations, a tremendous amount of other activity must be going on. For instance, the artist may have had tremendous (and I do mean tremendous) success at one of those lower formats (AAA or College); or the artist might have had their music used in a TV commercial or film; or (and this is rare) the artist could be blowing up (selling out live shows, etc.) in a local market, and one of these Big Time stations “tests” their music during one of their “specialty” shows (i.e. shows that feature local music, which are typically aired on weekends or late at night — when few people are listening), and it goes so well, that other stations pick up on it.

All of the above seems (and is) fair and reasonable. Unfortunately, this type of organic, merit-based radio play usually does not end with an artist’s song actually being programmed and played. Instead, there is another, less reasonable way artists find their music being played on Big Time radio.

This other way involves most everything you’ve ever thought it involves – primarily money (lots of it) and the old boys club of relationships. A major label (and that’s an important distinction) signs an artist, spends a bunch of money to make a record, and then must get that artist’s music on the radio in order to have any chance of success.

Band on the Run Music video

The title track from McCartney’s masterful 1973 album was first released as a single forty years ago, in April of 1974. This…