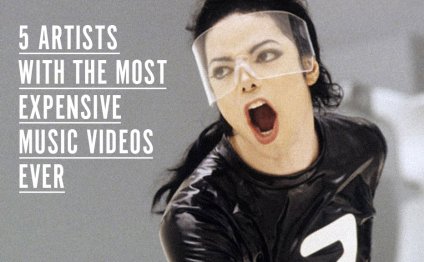 The controversial “Special Assembly Occupancy” bill that caused a social media uproar appears to be on the mend: Sources tell Billy Penn that City Councilman Mark Squilla has gotten intensive assistance from the Kenney administration and the ACLU of Pennsylvania, as well as the three agencies that helped draft it: Philly police, the Department of Licenses and Inspections, and Law Department.

The Kenney administration’s point man in the matter, Deputy Mayor Jim Engler, has been in intensive, ongoing discussions with Squilla and others since public uproar began after Billy Penn first reported on the bill this week.

Engler, who worked as Kenney’s director of legislation for two of his years on City Council, crafted legislation to decriminalize possession of small amounts of marijuana; to reform and restructure demolition and construction safety regulations after the building collapse at 22nd and Market; and to help protect Philadelphia’s undocumented immigrant population by ending the city’s cooperation with ICE holds.

After speaking with Engler and others, here’s what we know about the proposed changes to Squilla’s ‘Special Assembly Occupancy’ bill so far:

Those key changes, if implemented, “would resolve the concerns I have, ” Roper says.

Engler says the administration has discussed amending the “artist registry” clause with Squilla because “it doesn’t necessarily match the intent of the bill to require that information.”

Kenney spokeswoman Lauren Hitt made similar remarks in an email to Billy Penn.

“The Mayor agrees that entertainment venue operators who stream music should be subject to the same licensing and public safety requirements as any other musical entertainment venue, and we’re working with the Councilman to ensure that’s what the bill says and does.”

In addition to amending the ‘artist registry’ and police approval of licensing, Engler confirmed that the administration is working with L&I to settle on a smaller license application fee, a prevalent complaint in the waves of vitriol directed at Squilla this week. Critics said the hike would cripple smaller venues and eliminate competition for larger, mainstream ones. Last year, South Street mainstay Legendary Dobbs shuttered permanently “for reasons beyond our control, ” its management announced in October, the same month Fairmount’s North Star Bar announced it would close after 34 years and re-open without live performances.

“We’re looking to reduce that, and we have to have further discussions with L&I as to where the fee number needs to be, ” adding that there is “a consensus” that it not be as high as $500 every two years.

The fee is currently $100 per application annually.

Engler stressed that Squilla is meeting with concerned parties, including venue operators, to discuss the bill. He added that through those discussions, there may be further amendments.

Her Source Top 5: Controversial Music Videos by a Female ...

My thoughts on NSBM/Controversial Artist Ideologies in Music