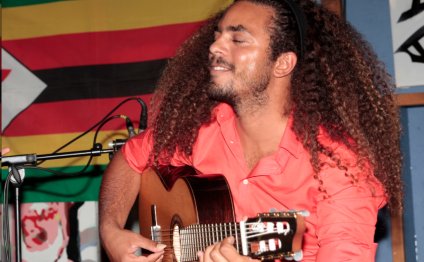 'Even though we're only a week into January, I feel confident their strikingly atmospheric debut album The Village will be on my end-of-year list for 2013'The Independent, UK,

Within the past few years, the mbira scene has been dominated by Mbira dze Nharira: a defiantly traditional six-piece group.

Thomas Mapfumo – known to Zimbabweans as Mukanya – has been the country’s most famous musician for the past quarter-century. The proverbial Lion of Zimbabwe fathered electric mbira music and developed the chimurenga music style, named after the struggle that brought the country its independence in 1980.

For most of the past quarter-century, Oliver “Tuku” Mtukudzi was the second giant of Zimbabwean music, although today, his record and concert sales exceed those of Mapfumo, both at home and abroad. Also forged during the liberation war years, Tuku’s art has generally danced at the fringes of the country’s turbulent politics, sometimes arousing controversy, but never crossing the line into brazen condemnation of the government. This survivor’s strategy, combined with a rich, soul-tinged voice, splendidly matured songcraft and perhaps the best management of any band in Zimbabwe, has brought Tuku to the top.

The term jit originally applied to a kind of recreational drumming and singing performed in Shona villages, but it has become a catch-all term for Zimbabwe’s guitar-driven electric pop, which incorporates elements of Central and East African rumba, South African jive and local traditional music. Formed in 1968, the original hybrids were, Zexie Manatsa and The Green Arrows. Overseas, the best known jit band of the 1980s was The Bhundu Boys, whose flowing and energetic dance music earned them a name in the UK.

In Zimbabwe, song lyrics and dance idioms are the keys to popularity, and many of the biggest sellers these days are local rumba artists, such as Leonard Zhakata. While the dominant influence in Zimbabwean rumba is from Congo, it has a fast triplet feel that is unique, and comes from mbira music.

With the new millennium, the good-time beat has become more important than ever. The rise of sungura – a development of rumba, influenced by mbaqanga and East African kanindo – has been embodied in the success of Alick Macheso, the “King of Sungura”.

Gospel may be the fastest-growing sector of the local music market these days. Attractive and accessible, Charles Charamba and his wife and former backing singer, Mai Charamba are the uncontested leaders of a form that makes up around fiftypercent of the music played on state radio.

Compared with Harare, Bulawayo – in the southwest province of Matabeleland, on the South African border, where the majority speak the Zulu-related language Ndebele – is a sleepy one-horse town, with rather low-key music venues. The torchbearer of Ndebele pop through the 1980s was Lovemore Majaivana, a flamboyant if uneven, performer with a rich powerful voice. Black Umfolosi are an acapella group of singers and dancers from Bulawayo – an amazing live experience with their precise and acrobatic singing and dancing to a strong Zulu beat.

New bands make their mark with difficulty in Zimbabwe. To find a venue, a new band usually needs to work its way, playing in the outlying “growth points” – a tough graft. Local ragga is particularly popular in Harare and the surrounding townships, and the likes of Decibel and Kooligan are regular features of the live music scene, while the immense success of M’Afriq in 2004 demonstrates that there is ample scope for a more Zimbabwean take on the “urban” sound.

The growth of streaming music services and shared playlists, and the continued strength of YouTube, unleashed new forces…