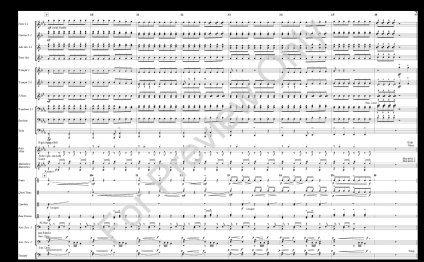 He is currently the music arranger and coordinator for the Crossmen Drum and Bugle Corps from San Antonio, TX and The Company Performance Ensemble of Great Britain. He also is the music director for Rhythm X; both the 3 time gold medalist percussion group (2008, 2009, 2013) and the WGI Winds group who were Independent World class gold medalists in its inaugural year (2015). Andrew was the Front Ensemble Arranger/Coordinator for Carolina Crown from 2007-2014. He has also written for many successful high school groups including Centerville HS, Cedar Park HS, Vandegrift HS, Stephen F Austin HS, Bellbrook HS and many more.

Andrew currently resides in Centerville, Ohio with his wife Kara, daughter Natalie, son Brady and Ralphie the Westie. Before becoming a full time composer and arranger, he was the Centerville High School Band Director from 2005-2008.

Andrew is a Yamaha Artist and a proud endorser of Vic Firth sticks and mallets, Evans Drumheads and Zildjian Cymbals. In 2009 Vic Firth introduced the Andrew Markworth Signature mallets for marimba and vibraphone. He recently gave clinics at the Bands of America Summer Symposium and PASIC.