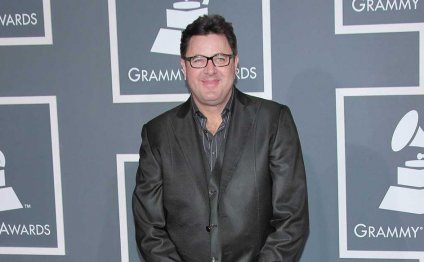 Merle Haggard has been revealed in the No. 1 spot on CMT All-Time Top 40: Artist’s Choice.

A list of the most influential artists in history chosen by country stars themselves, the honorees were revealed one week at a time on CMT Hot 20 Countdown.

Haggard’s family moved to California from Oklahoma during the Great Depression along with thousands of others looking for a new start. Born in 1937, he got his first guitar at age 12.

After his father died unexpectedly and his mother starting working to support the family, Haggard was left with ample opportunity to hop freight trains and get in trouble, which he did. After a few stints in juvenile detention centers, he spent two years in San Quentin Prison for a botched robbery.

While in prison, he attended a performance by Johnny Cash which inspired him to turn his life around and pursue music professionally. Later on, Cash would remark that Haggard is the real-life version of what people thought about Cash.

Haggard’s first Top 10 hit came in 1964 with “(My Friends Are Gonna Be) Strangers, ” and his first No. 1 was 1966’s “The Fugitive.” His rough-edged, electrified style became a major touchstone for what came to be called the Bakersfield Sound, a reaction to the polished music coming out of Nashville at the time.

Rebellious and independent-minded, some of Haggard’s most enduring hits include “Workin’ Man Blues, ” “Mama Tried, ” “Silver Wings, ” “Sing Me Back Home” and “Okie From Muskogee.”

A Grammy winner and lifetime achievement award recipient from the John F. Kennedy Center for his contributions to American culture, Haggard was inducted into the Country Music Hall of Fame in 1994.

Randy Houser, Charlie Worsham, Joe Nichols, Miranda Lambert, Thomas Rhett, Thompson Square, Wynonna and Ronnie Milsap are just a few of the artists who named Haggard as one of the most influential artists in country music history.

“We’re talking about the greatest artist of all time, ” said Houser. “We’re not just talking about the singers. We’re also talking about people who write songs about exactly where they’ve been without worrying about what the mainstream media thinks about what they have to say and how they say it. I don’t care what anybody says, Merle Haggard is definitely one of the best at that and always will be.”

“Merle sings, Merle plays, Merle writes, and Merle doesn’t change, ” Worsham added. “They don’t call him the poet of the common man for nothing, and I think he belongs on the Mount Rushmore of country music.”

“Yeah, if you have a Mount Rushmore of country music, Merle’s on it without a doubt in my mind, no questions asked, ” Nichols agreed. “Merle Haggard, for me, is one of the great artists of country music because his writing is brilliant and very real. And his singing is the best ever in country music, in my opinion.”

“It’s a timeless sound, and it will never go out of style, ” Lambert said. “Merle is someone that influenced us all so much, and so many generations of country artists have been influenced by him. Whatever country music artist you love, they probably have Merle on their list.”

“He could tell a story through two verses and a chorus, ” Rhett explained. “You talk to any country music singer and ask them who one of their favorite country music artists is, and they would say Merle.”

“The reason I have so much respect for Merle is just because he’s writing the songs and he’s performing them, ” said Thompson Square’s Keifer Thompson. “When you have someone like that who’s written so many standards and he’s been to prison — he’s lived life, good or bad — that is country music, you know? And when you can put those words into a poetic form and put this simple but incredibly complex melody behind it, there’s very few people that can do that.”

“Anything you watch on him, you see how authentic he is and how unusually different he is, ” Wynonna agreed. “He’s a maverick. There’s no one like Merle.”

According to Milsap, Haggard’s impact goes far beyond his writing and singing.

“I was listening to a whole lot of Motown music, and I thought country music was basically gone, ” he said. “All I could hear were the Four Tops, the Supremes and Marvin Gaye, then all of the sudden, a voice came out of my radio singing ‘Swinging Doors’ and ‘The Bottle Let Me Down, ’ and I discovered that Merle Haggard had actually saved country music.”

Who Does Vince Gill Think is the Greatest Country Music ...

big-B, One of The Greatest Country Artists In Norway