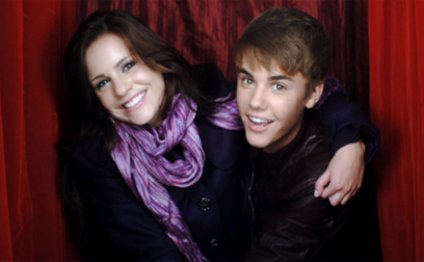 No: 10. A Very Gaga Holiday by Lady Gaga

Just released, performs Christmas songs like White Christmas alongside acoustic and live performances of some of her more heartfelt songs like You and I and The Edge of Glory. Her vocals sounds great stripped of the usual dance beats and instead adding playful banter, but being Gaga she maintains her unmistakable edge.

No: 9. Christmas by Michael Bublé

You can’t have the holidays without modern crooner Michael Bublé setting the tone, a collection of songs that will make you want to sip eggnog by the fireplace.

No: 8. 8 Days of Christmas by Destiny’s Child

Beyonce may have lost her back-up singers for good, but Destiny’s Child’s is one of the most memorable holiday albums released by an R&B group. A must-listen for the Christmas season.

Look out for Doesn't it Feel Like Christmas on this album

A Very She & Him Christmas is possibly one of the cutest Christmas albums to come along in long time. She & Him, made up of starlet Zooey Deschanel and musician M. Ward. The stick their sixties sound while reinventing seasonal songs with Zooey’s sweet and soft vocals and her partner’s simple backing sounds.

No: 6. Do They Know It’s Christmas by Band Aid

No: 5. The Taylor Swift Holiday Collection

Bringing the country to Christmastime, Taylor’s Holiday Collection is the perfect up beat accompaniment to a fun night with friends, making decorations and eating cookies. It features fantastic take on “Last Christmas, ” originally sung by ‘80’s pop stars Wham!

Look out for Taylor's cover of Last Christmas

No: 4. Merry Christmas by Mariah Carey

The iconic album that features the modern Christmas classic “All I Want For Christmas is You”. There’s no better way to tell someone you love them during the holidays than a song like this!

Psst! It’s also featured on Justin Bieber’s Under the Mistletoe, reinvented as a duet, check it out!

No: 3. Under the Mistletoe by Justin Bieber

Justin’s new Christmas album is mix of old and new songs, with a few special guest stars that may surprise you (like Busta Rhymes rapping with the Biebz on Drummer Boy) but it’s the new songs that really stand out, just check out the title track, it’s a holiday love song you’ll definitely want to play for your shorty.

Under the Mistletoe is a Justin's latest Christmas album

No: 2. Glee: The Music, The Christmas Album Vol.2 by The Cast of Glee

All your fave holiday hits sung by the cast of in their rockin’ mash-up meets musical style. If you’re throwing a holiday party, don’t let this one slip by you!

No: 1. Blue Christmas by Elvis Presley

One of the best Christmas albums ever recorded, it stands the test of time and shows every holiday season that the king is still on top. Perfect for any occasion, give yourself a musical education and press play on Presley.

Elvis is still the king of Christmas