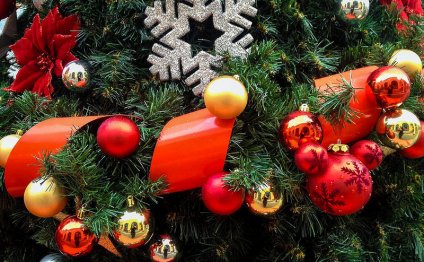 Get ready for a cool Yule when KPR presents a Big Band Christmas, our holiday concert served up by the Kansas City Jazz Orchestra and special guest vocalists Kathleen Holeman and Ron Gutierrez.

You can buy reserved seats on the floor, either as a table of 10 ($300), a table of 4 ($120), or individual reserved seats ($30). Seating in the balcony is general admission and run $20 a ticket. The dance floor will be open to balcony and floor seating. A service charge may be added to your order. Tickets are available at the Liberty Hall box office or ticketmaster.com. Tickets will also be available the night of the concert. The Liberty Hall ticket office is cash only.

Ron Gutierrez joins the fun again this year. His rich, soulful vocals and vast repertoire have led to performances alongside such artists as Michael McDonald, Wynonna Judd, Rita Moreno and B.B. King, as soloist with The National Symphony Orchestra and during national television appearances on such shows as “Showtime at the Apollo” and on numerous PBS concerts.

Kathleen Holeman has been performing for more than 20 years as a solo act, sideman and leader of jazz groups of all sizes. She’s led the Ray Alburn Big Band since June 2007. She’s been a private music teacher for 20 years and on the faculty at Missouri Western State University since 2008.

Formed in 2003, the Kansas City Jazz Orchestra brings many of the region's greatest jazz musicians together to perform big band jazz in a concert setting. The KCJO is under the direction of Clint Ashlock, Kansas City native and trumpeter.

KPR also invites you to share the holiday spirit by bringing non-perishable food items to the concert and KPR will donate them to Just Food. They encourage healthy food donations like whole wheat grains, low sodium vegetables, cereals and canned fruit in their own sugars.

We are deeply, deeply sorry to say that due to licensing constraints, we can no longer allow access to Pandora for listeners…

There was a time, from 1935–1946, when teenagers and young adults danced to jazz-orientated bands. When jazz orchestras dominated…