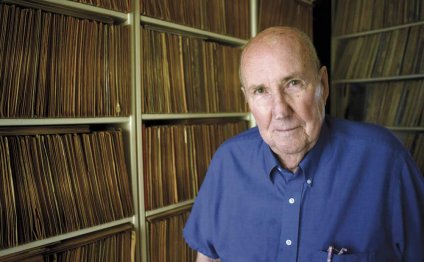 The swing era (also frequently referred to as the "big band era") was the period of time (around 1935–1946) when big band swing music was the most popular music in the United States. Though this was its most popular period, the music had actually been around since the late 1920s and early 1930s, being played by black bands led by such artists as Duke Ellington, Jimmie Lunceford, Bennie Moten, Cab Calloway, and Fletcher Henderson, and white bands from the 1920s led by the likes of Russ Morgan and Isham Jones. The era's beginning is sometimes dated from “the King of Swing” Benny Goodman's performance at the Palomar Ballroom in Los Angeles on August 21, 1935, bringing the music to the rest of the country. 1930s also became the era of other great soloists: the tenor saxist Coleman Hawkins and Chu Berry; the alto saxists Benny Carter and Johnny Hodges; the drummers Gene Krupa, Cozy Cole and Sid Catlett; the pianists Fats Waller and Teddy Wilson; the trumpeters Roy Eldridge, Bunny Berigan, and Rex Stewart.

Music experimentation has always been popular in America. The many avenues of black, white, Latin, American, and European music influences merged when Swing arrived. In 1932, early in the jazz, and the sweet music styles of the American music scene - they worked on new, often unheard-of musical arrangements that were emphasized toward a more polished song with a bounce. Recordings by Isham Jones, the popular jazz/blues bandleader, and his orchestra which sometimes included Benny Goodman recorded for RCA Victor. The swing era also was precipitated by spicing up familiar commercial, popular material with a Harlem oriented flavor and selling it via a white band for a white musical/commercial audience. In Benny Goodman’s band, the most diversified styles flowed together: some New Orleans tradition, through Fletcher Henderson, who arranged for the band; the riff technique of Kansas City; and that white precision and training through which this brand of jazz lost much in vitality. On the other hand, the easy melodic quality and clean intonation of Goodman’s band made it possible to “sell” jazz to a mass audience.

The jazz/blues era brought to swing music Louis Armstrong, Billie Holiday, and by 1938 Ella Fitzgerald. Other musicians who rose during this time include Jimmy Dorsey, his brother Tommy Dorsey, Glenn Miller, Count Basie, Goodman's future rival Artie Shaw, and Woody Herman who departed the Isham Jones band in 1936 to start his own band. Several factors led to the demise of the swing era: the recording ban from August 1942 to November 1944 (The union that most jazz musicians belong to told its members not to record until the record companies agreed to pay them each time their music was played on the radio), the earlier ban of ASCAP songs from radio stations, World War II which made it harder for bands to travel around as well as the "cabaret tax", which was as high as 30%, the change in music taste and the rise of bebop. Though Ellington and Basie were able to keep their bands together (the latter did briefly downsize his band; from 1950–1952), by the end of 1946, most of their competitors were forced to disband, bringing the swing era to a close.

The older styles of jazz are grouped together under the heading “two-beat jazz.” Toward the end of the twenties the two-beat styles seemed all but exhausted. In Harlem, and even more in Kansas City, a new way of playing developed around 1928-29. With the second great exodus of jazz history - the journey from Chicago to New York – Swing begins. This is true in general, but as is so often the case in jazz, there are confusing exceptions. Louis Armstrong (and some Chicago-style players) were already conversant with four-beat style in the twenties. On the other hand, Jimmie Lunceford’s big band at the height of the Swing era employed a beat that was simultaneously 2/4 and 4/4.

In May 1935, the No. 1 record in the country was Jimmie Lunceford’s “Rhythm Is Our Business.” Released a few months before Benny Goodman triggered the national craze known as swing, the song offered a foretaste of the coming deluge. “Rhythm is our business/ Rhythm is what we sell, ” Lunceford’s singer declared: “Rhythm is our business / Business sure is swell.” If rhythm defined the swing bands, its foundation lay in the rhythm section: piano, guitar, bass, and drums.

In big bands, these musicians fused into a unified rhythmic front: supplying the beat and marking the harmonies. Each of the leading bands presented a distinct, well-designed rhythmic attack that complemented its particular style. The rhythm sections of Ellington, Basie, and Lunceford, for example, sounded nothing alike. Just as the soloists were champing at the bit of big-band constraints, rhythm players were developing techniques and ideas that demanded more attention than they usually received. In the 1930s, rhythm instruments made dramatic advances toward the foreground of jazz. In the process, they helped set the stage for bebop.

To help bands adjust to the new groove, major changes were made in the rhythm section. While the bass drum continued to play a rock-solid four beat pulse, the tuba, commonly used in large dance bands of the 1920s, was replaced by the string bass. During the early years of recording, the tuba was able to project a clear, huffing sound. But the string bass had always been a specialty of New Orleans, and many players, including Wellman Braud with Duke Ellington’s band, showed that the instrument had a special percussive flavor when the strings were given a pizzicato “slap” (plucked rather than bowed). Change came gradually in the late 1920s, once word had gotten around about how well the string bass worked; many tuba players realized that they’d better switch instruments or lose their jobs.