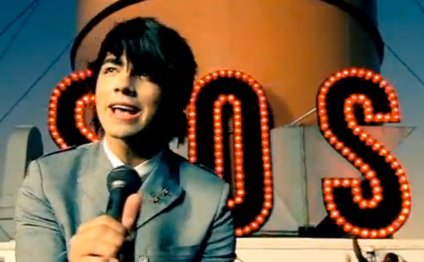 Chatting to The Sun in a frenzy of 5SOS fetus feels, Ashton said: "We were told Louis Tomlinson had found us on YouTube and really liked what we were doing. We were like, ‘Woah’”

So obviously after God-like Luigi discovered them they jumped at the chance to tour with the 1D boys, right? Well actually our fave Aussies were a bit anxious about it all. Luke explained: "We looked up to the likes off Blink-182 and Green Day so we felt that it would be kind of weird for us and we didn’t know what to do. We thought they were cool but we did look at them as a pop band and we didn’t want to be that.

“But then we met the guys and thought they were awesome.”

So the fact Harryyy sayyss fiveee worddsss a minuttteee and Niall's got the whole Irish accent thing goin' on wasn't an issue, then? “We couldn’t understand anything they were saying at first, " said Mikey. When they all speak together it’s all very fast and confusing. Niall is the hardest to get."

Do you know what? We just bloody love life sometimes.

What d'ya reckon? Loving the little trip down memory lane? Probably a good thing they said yes to all that Take Me Home tour malarky, innit? Comments please...

SOS Band - Tell me if you still care_HQ

On occasion, I get emails asking how the big bands came about and what caused them to fade from prominence. This is a difficult…

Indie-folk emerged during the early 21st century, when songwriters from the indie rock community began taking their cues…