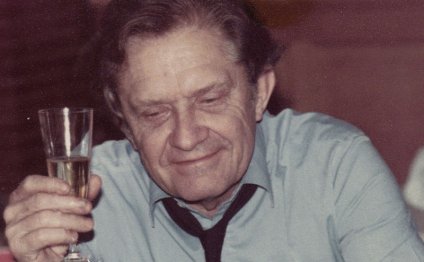 Julien Doré is a French singer and song-writer, actor, and winner of the fifth season of the television show Nouvelle Star, (New Star). It is with his debut album, Ersatz (2008) that he began his musical career. Doré not only sings, but also plays the guitar and the ukulele. He is a member of two bands. His music is influenced by a variety of different musical genres, including rock/folk and various experimental artists.

Famous for his songs in French, beloved by the French people, Jacques Brel is is actually Belgian. Brel composed and performed thoughtful and often theatrical songs that generated worldwide fame and is generally considered as a master of the modern chanson. His songs had a profound influence on English-speaking writers such as David Bowie and Marc Almond. Top American artists such as Nina Simone, Frank Sinatra or Ray Charles recorded English translations of his songs.

Christine and the Queens

Héloïse Letissie is a French singer and songwriter from Nantes. Her music is known as Christine and the Queens and is an eclectic melange of music, performance, art videos, drawings and photography. Letissie studied in Lyon and later lived in Paris and London. It was the British capital that inspired her to work with local drag queen musicians. They began to accompany her during her early concerts and consequently became the “Queens” as the backing band. Hence the development of the name Christine and the Queens. She identifies her music genre as “freakpop, ” and released her debut EP Miséricorde independently, In 2012, she released her second EP Mac Abbey. In 2012, Christine and the Queens were awarded the the Best Discovered Act, known in France as the . The band was also the recipient of the Adami Premières Francos 2012 award.

Kassav’ is a Caribbean-Martinican band formed in Paris in 1979. Kassav’ produced zouk music, known for its fast, rhythmic, carnival style, and have released over 20 albums collectively. An additional 12 albums were produced by other band members. Kassav’s zouk was born from experimenting with an eleven-piece gwo ka unit, two lead singers, tambour bélé, ti bwa, biguine, African styles, and musical méringue style with full use of the MIDI technology. The French Antilles’ Kassav’ pushed Caribbean music to a new level by recording in the new digital format.

Béatrice Martin is a francophone Canadian singer-song writer and pianist better known by her stage name Cœur de Pirate (which translates into English as Pirate Heart). Most of her songs are in French and she has been credited with ‘bringing la chanson française to a whole new generation of Quebec youth’. Her debut album rose to the Top Five in France in 2009 with her smash hit single ‘Comme des Enfants’. Coeur de Pirate fuses piano, keyboard and acoustic elements and is often classified under the genre of indie pop.

Born as Bruno Le Forestier, Maxime le Forestier is an established icon of French music who started his musical career with a violin. Le Forestier preserved his passion for music and song writing during his military service beginning 1969 as part of the parachute regiment. This experience proved to be the source of inspiration for one of his famous songs ‘Parachutiste’.

Sniper is a French hip-hop band from Val-d’Oise, a commune near Paris. The main members include Tunisiano (Bachir Baccour) and Aketo (Ryad Selmi). The band’s career started in 2001 with the release of their first album Du rire aux larmes (From laughter to tears). In their music, Sniper mixes dark humour and linguistic wit, while simultaneously engaging in more political subjects (like in Pris Pour Cible). Their songs concern socio-political concerns that underpin the modern Francophone world: racism, poverty, immigration, unemployment and failed relationships. In 2003, Sniper released Gravé dans la roche (Carved in stone) which focuses on the Israeli-Palestinian conflict.

As part of the younger generation of French musicians, Isabelle Geffroy, better known as Zaz, is helping to reshape the music scene in France. Zaz started out as a busker in the Parisian quarter of Montmartre and is now widely known across France as well as Europe. Her top single, ‘Je veux’ (2010), is part of her debut album and became an instant international earworm. This French songwriter and singer mixes soul, acoustic, French classical styles and gypsy jazz to create new musical flavors that are full of emotion. Her music has topped the charts not only in France, but in Belgium and Germany as well, with a fan base spanning from China to North America.

As far as French bands go, well, pretty much everyone’s familiar with the likes of Daft Punk and Air and Justice (whose new…