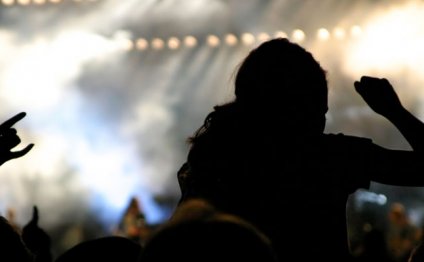 Here is a selection of the most popular pop artists in Italy today:

Laura Pausini is one of Italy's most popular and successful solo pop artists. She sings mainly in Italian and Spanish and has sold more than 70 million albums worldwide. She leapt to fame after winning the 'New Artist' section of the Sanremo Festival in 1993 with her song 'La Solitudine' which became a number one hit in the Italian singles chart. She has since won four World Music Awards, three Latin Grammys and a Grammy Award, the first female Italian artist to do so.

Giorgia Todrani, best known as Giorgia, was born in Rome and influenced by Jazz and Soul music during her early years. She is now one of the most iconic and famous Italian singers, with a powerful, soulful voice that has led her to be dubbed: "the fourth best voice in the world". She has released ten studio albums that have been very successful in Italy and have enjoyed some success internationally.

Tizziano Ferro is known as the modern face of Italian pop music. His latest album, 'L'amore è una cosa semplice' was the best-selling album of 2012 in Italy with the supporting tour culminating in his first full stadium concert at the Stadio Olimpico in Rome.

Jovanotti, whose real name is Lorenzo Cherubini, is an Italian singer-songwriter who performs in a more modern, international style. His music includes a wide range of influences including hip hop and rap as well as wider world music with some classical arrangements. At the same time his lyrics concern philosophical, religious and political issues, which are more typical of the Italian cantautore tradition. His name is an anglicised version of 'Giovanotti', meaning 'Young Men' in Italian.

Sanremo
The heart and soul of Italian music can be found at the 'Festival della canzone italiana di Sanremo'. The Sanremo Music Festival is a popular Italian song contest that was the inspiration for the Eurovision Song Contest. It is held annually in the city of Sanremo, in Liguria, Italy, and consists of a competition between a variety of Italian artists performing previously unreleased songs. It is immensely popular in Italy and in 2013 it was watched by a record 17 million television viewers.

Origins:
The origins of Italian popular music can be traced back to a mixture of classical music and folk music, both of which have strong traditions in Italy. Like many other things, the folk tradition varies dramatically from region to region, each fiercely proud of its own identity. The strongest and most influential styles come from Naples, Sardinia and Sicily.

The 'Canzone Napoletana' or 'Neapolitan song' is a traditional form of music sung in the dialect of Naples, usually about love, and usually by a male singer although there are many famous female singers from Naples as well.

Some of the best known examples of this type of song are 'O Sole Mio', 'Funiculì, Funiculà' and 'Santa Lucia' which are famous around the world. The musical tradition of the 'Cantautore' or singer/songwriter has been extremely popular in Naples for many years and there are a number of contempory artists, such as Pino Daniele, who continue in that tradition.

Sardinia, one of the autonomous regions of Italy, is very protective of its cultural heritage which is probably the most distinct of all the regions in Italy. The tradional folk music of Sardinia has two main styles: The first is traditional singing accompanied by guitar, called: 'Cantu a chiterra'. One of the most loved exponents of this style was Maria Carta.

The second style is a type of rural polyphonic chanting, known as 'cantu a tenore' which is sung 'a capella' with four voices. The best known example of the 'pure' traditional style is the group 'Tenores di Bitti'.

Maria Carta was born in Siligo, Sassari, Sardinia in 1935. Through her personal interpretations of tradional songs, she succeeded in bringing Sardinian folk music to a wider audience in Italy as well as Europe and America. She was also a film actress, appearing as the mother of Vito Corleone in Francis Ford Coppola's 'The Godfather Part II'. In 1991, the then President of the Republic, Francesco Cossiga, named her a 'Commendatore della Repubblica' ('Knight of the Republic'). She died of cancer in Rome in 1994, aged 60.

The folk music of Sicily was heavily influenced by its position at the heart of the Mediterranean. Influenced by the Italian, Greeks Arabs and Spanish, its culture developed into a fascinating mix which is evident in its musical traditions.

How math explains the world? Who is maintenance mechanic? How many grow lights per square foot? What means lgbtqia? How many blog views to make money? How skills of mindfulness? How many recruiters should i work with? What means lmao? Can work or can works? How how diagram example? Whose work is romeo and juliet? Who questions for couples? Which grow light to use? Who marketing formula? How much recruitment consultant earn? Who grow fruits and vegetables? Whom invented internet? How much developer do i use with color? Who improved the light bulb? Where is proven industries located? Whom define? Where to import css in react? How much working visa in uae? Why examples sentences? Whom home art? Can be overcome or overcame? How far generator from window? Where is overcoming temptation in the bible? Why grow milkweed? Where is angela means from? How questions speech therapy? How much career gap is acceptable? How subject heading is determined? Why users leave a website? Where work you? Where are workshop mods stored? Why transfer 401k to ira? Who overcome challenges? What happened to opportunity? How much popular was katherine in brookfield? Why important to stay hydrated? Where is career launcher? What diagram represents the process of meiosis? What industrial revolution? What math is on the act?