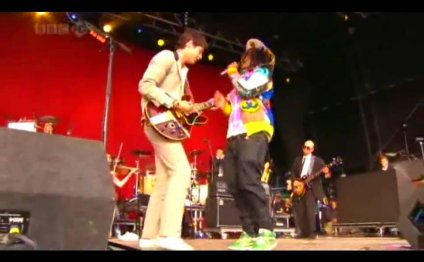 They are the best at what they do ….and they are Africa’s hottest R&B Stars

Have you ever entertained the thought of creating a list of the top 10 R&B singers in Africa? Who would you pick and who would rank high on your list?

The selections here, were purely based on vocal skill and ability, consistency in keeping up with the genre, and quality of music put out so far between May 2012 – May 2013; and this is by no means an official list.

Also, this arrangement is in no particular order. Please do enjoy my findings, share it and share with Zen who you would love to add to the list and why.

WHO: Praiz (real name, Praise Adejo), is a Nigerian R&B singer who was raised in Kaduna, and came into prominence following his success in reaching the finals of the popular talent show “project fame” in 2008.

WHAT: With songs like the newly recorded Tinsel theme song, Fire & Ice, Rich and Famous, and I miss you, amongst others; it’s not hard to see what a talented vocalist he is.

WHY: He has the kind of warm, silky voice that makes listeners (women), melt. With intelligent and well thought-out lyrics, it’s not a surprise that he has been featured in a lot of songs by fellow artistes who appreciate his talent.

WHO: Tiwa Savage (real name, Tiwatope savage), is a Nigerian R&B singer, born and bred in Lagos, Nigeria. Tiwa has been involved in the music since she was 16, and began her career writing and doing background vocals for popular artistes while she was overseas. She became known for more than her background singing when she burst into the Nigerian and African music scene with her 2012 R&B hit single Kele kele love.

WHAT: With popular songs like her award winning single Kele-kele love, and her recent outings like Olorun-mi, the 33 year old singer has stolen the hearts of everybody that dares listen to her songs. She is indeed talented and beautiful!!

WHY: Her sultry sound and ability to make a song her own, are seen to be part of her strong points. And with her album coming out sometime this year, we are desperate to hear more from the lovely Tiwa Savage.

WHO: Moneoa Moshesh, is a south-African singer, born in Umtata, raised in Durban and now residing in Midrand, Johannesburg. She was previously a professional dancer until her family and friends pointed out to her what an amazing singer she is; and amazing is an understatement.

WHAT: Her singles – Life, More Than You and Pretty disaster, portray her talent in the best of ways. Those and many more are set to be released in her forthcoming 14 track album by August this year.

WHY: Moneoa is a true musical talent with a distinguishably raspy voice that floats effortlessly on tracks and satiating purposeful lyrics that exude “life and its meaning”.

WHO: Dare Art Alade – popularly known as Darey – is a Nigerian multi-platinum selling and award-winning musician and singer-songwriter born and raised in Lagos, Nigeria. He is the son of legendary Nigerian Jazz pioneer Art Alade and Olapeju Alade. He got his big break in 2004 when he entered into the popular music TV Reality show “Project Fame Academy“, where he had the opportunity to perform in front of over 100 million people across Africa, and emerged 3rd in the contest. Since then, Darey has been on a steady trend upwards.

WHAT: His signature song, Not the girl, launched him into the international scene and since then he has never looked back.

WHY: He has a unique voice and a unique style which transcends the continent and it doesn’t come as a surprise that even around the world, people look forward to his works, both as an artiste and an entertainer.

WHO: Waje – real name, Aituaje Iruobe – was born in Akure, and raised in Benin, Edo state, Nigeria. She encountered success when she was featured in the hit single “Do me” by the Sensational Nigerian R&B duo popularly known as P-Square, and has since then, gone on to build a career of her own.

In short, Bad Rabbits is a booty-droppin , funk-fest sex machine. Pulling from the soul of acts such as James Brown and Earth…